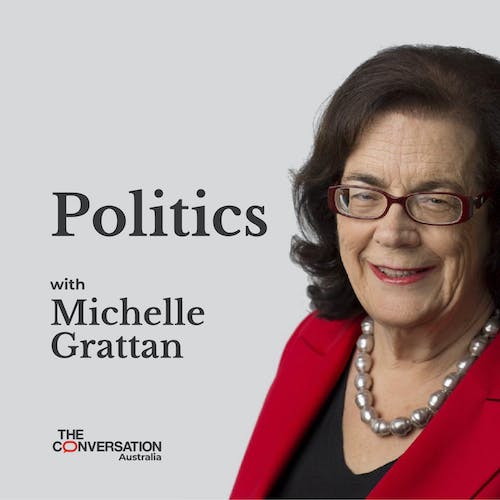 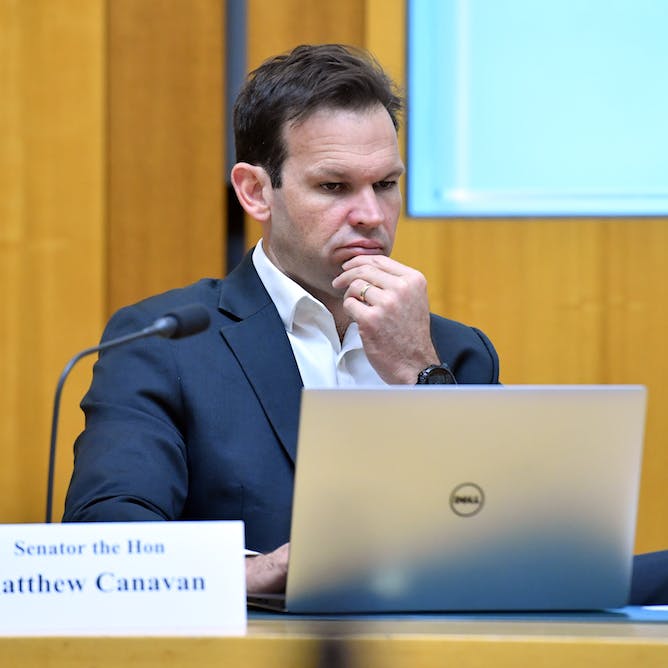 Former Australia Post CEO Christine Holgate has given evidence to a Senate inquiry into her dramatic exit from Australia Post. Holgate left her position last year, when the prime minister denounced her in parliament for giving Cartier watches as rewards to Australia Post executives. Victim of a hit job, Holgate inflicted damaging hits of her own – delivering blows against Scott Morrison and Australia… 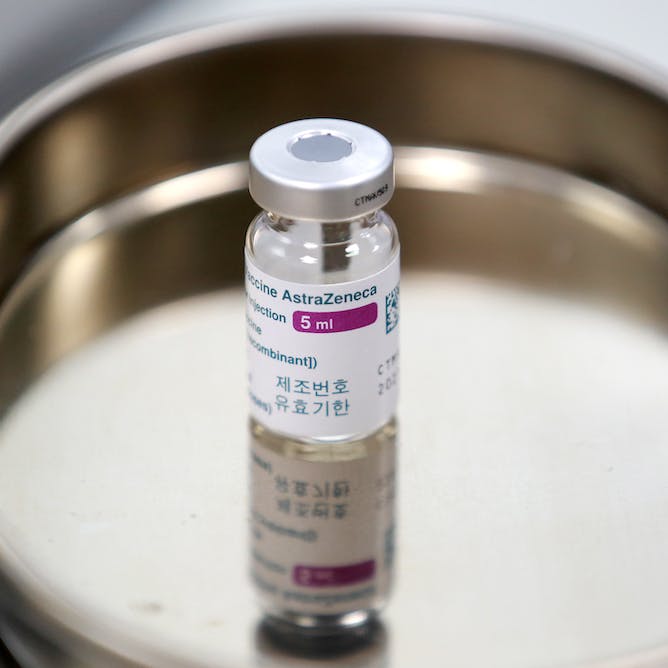 Politics with Michelle Grattan: Stephen Duckett on what's gone wrong with the rollout

Stephen Duckett on what’s wrong with the rollout.

As of Tuesday, only 920,334 doses of the coronavirus vaccine have been administered - a fraction of the four million doses the Morrison government had promised by end-March. The rollout's complications and failures have sparked a backlash from some GPs, pharmacists, and states. The federal government says the problems are mainly supply issues – notably, the failure of millions of doses to arrive from… 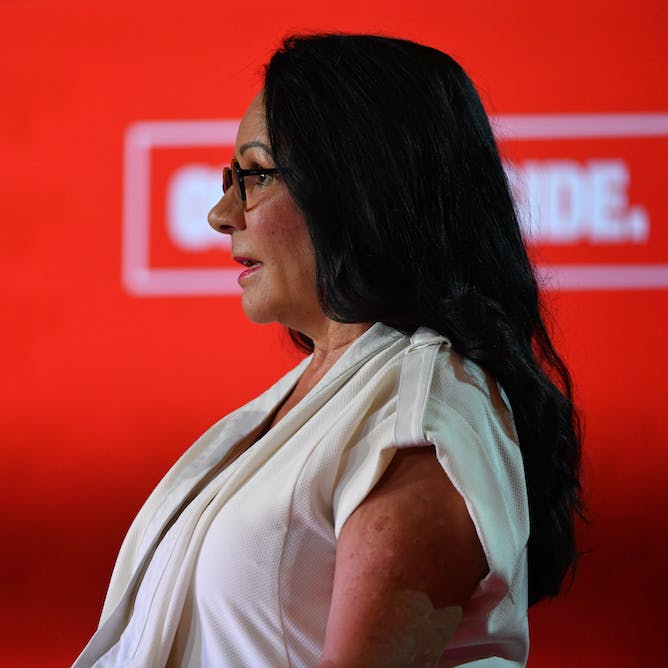 Politics with Michelle Grattan: Linda Burney on the treatment of Indigenous Women

Linda Burney on the treatment of Indigenous Women.

In the passionate debate over the treatment of women in workplaces, and particularly the extent of violence and harassment, the voice of Indigenous women, especially those living in isolated communities, has gone largely unheard. Linda Burney, speaking at the ALP's National Conference this week, strongly advocated for equality and opportunity for all in Australia. She called for a constitutionally-enshrined… 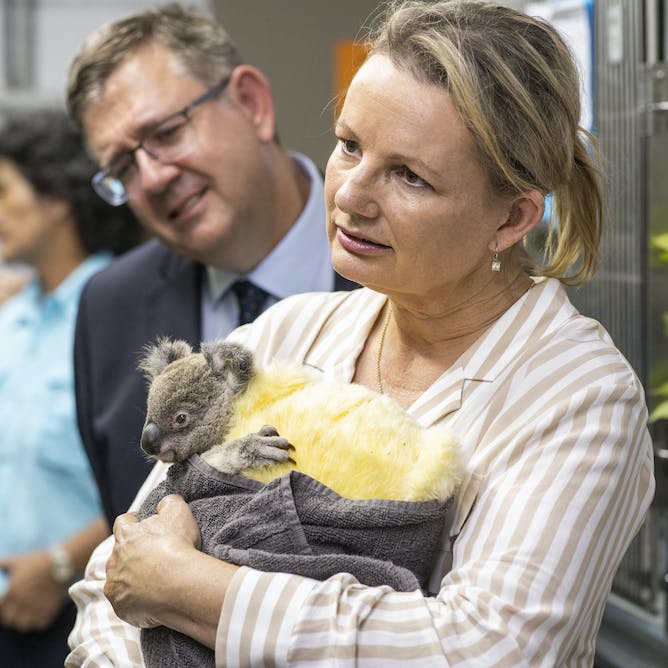 Politics with Michelle Grattan: Sussan Ley on being a woman in politics

Sussan Ley on being a woman in politics.

Over the last month, as more and more stories of sexually explicit behaviour and misconduct within the walls of Parliament House have been revealed, the "culture" of politics has come into question. One particular issue is the role and representation of women, and the need for more female voices to express the interests – and pain and frustrations – of women across the country. As Sussan Ley puts it… 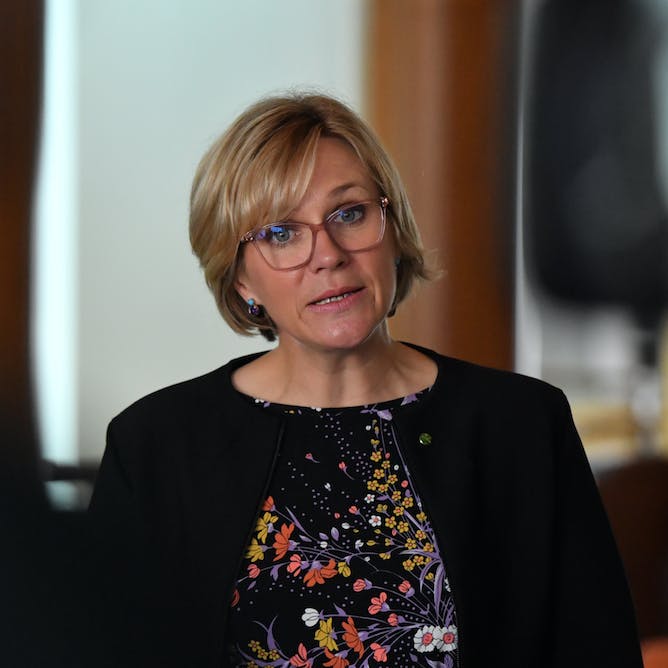 On Monday, women across the nation marched, demanding justice, safety and equality. But the government's response was lacklustre, with Scott Morrison and the Minister for Women Marise Payne refusing to go outside to the crowd. Morrison later chose his words badly when he said: "Not far from here, such marches, even now are being met with bullets, but not here in this country". Independent MP Zali Steggall… 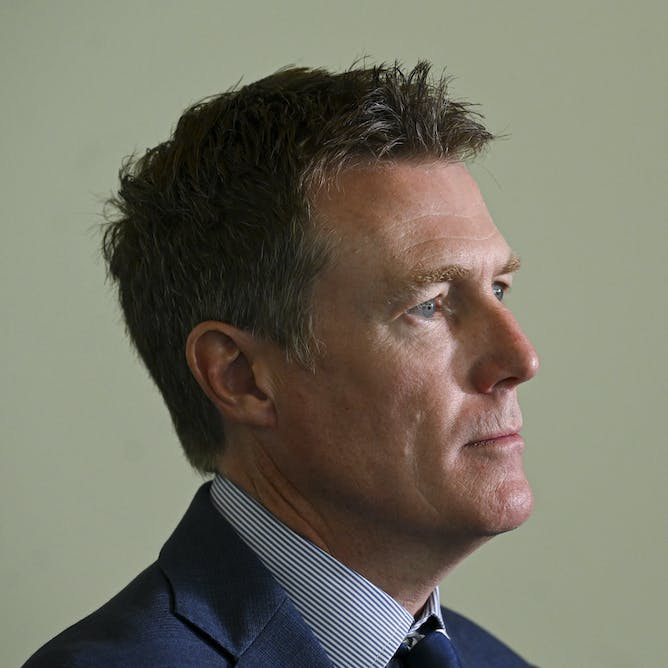 Politics with Michelle Grattan: Fleur Johns on the rule of law

Politics with Michelle Grattan: Fleur Johns on the rule of law.

Christian Porter has unequivocally denied the historic rape allegations levelled against him, and says he is determined to stay in his job as attorney-general. Both Scott Morrison and Porter are adamant the "rule of law" in this country places the attorney-general beyond prosecution, now that the NSW police have closed the case. Porter is the country's first law officer and many argue that requires… 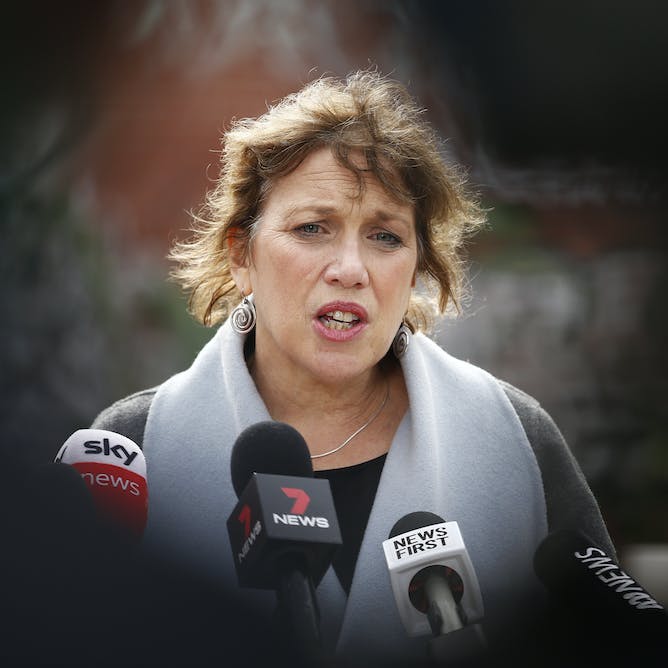 Politics with Michelle Grattan: Patricia Sparrow on the Royal Commission into Aged Care

Politics with Michelle Grattan: Patrica Sparrow on the Royal Commission into Aged Care.

The Royal Commission into Aged Care has now delivered its final report, and its findings are an indictment of the inadequacies of the present system. The report calls for a refocus within the aged care system, placing the people receiving care at the centre. Read more: View from The Hill: royal commission confronts Morrison government with call for aged care tax levy However the feasibility and affordability… 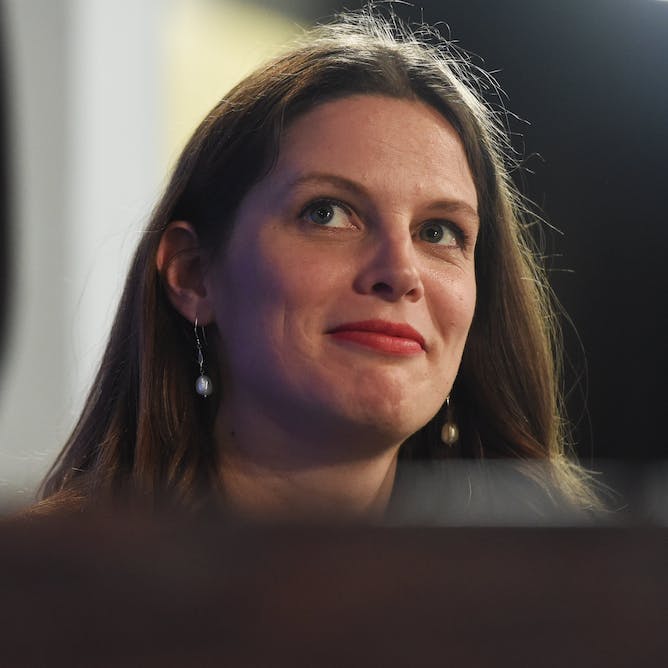 The revelation of the alleged rape of former Liberal staffer Brittany Higgins and subsequent allegations of sexual misconduct have sparked multiple inquiries into the culture of parliament house. It's a subject on which Kate Ellis is an expert. Ellis was a Labor MP from 2004 to 2019, and held various ministries in the Labor government. She was then – and still is – the youngest person to become a federal… 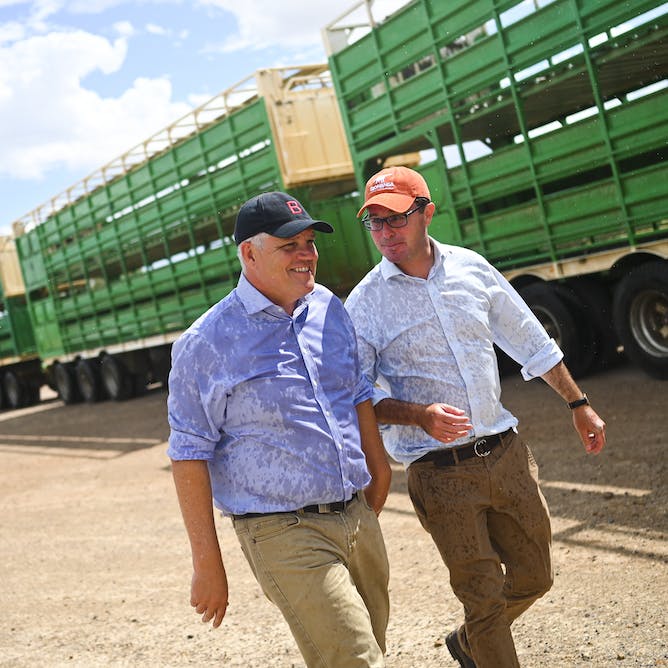 Politics with Michelle Grattan: David Littleproud on The Nationals and net zero

David Littleproud on The Nationals and net zero.

Scott Morrison has indicated he wants to embrace a 2050 target of net-zero emissions. That, however, requires bringing the Nationals on board, and a vocal group in that party is fighting a fierce rearguard action. The Nationals deputy leader David Littleproud, who is Minister for Agriculture, is sympathetic to the target - so long as there is a credible path to get there, which won't disadvantage rural… 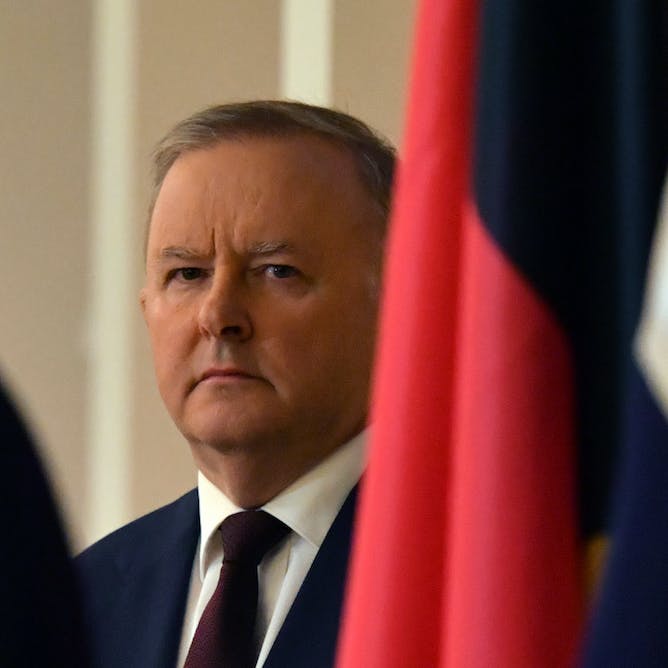 Last year, Anthony Albanese was criticised for his lack of cut-through during the COVID crisis, as Labor was sidelined by a hyperactive government. This year, amid ALP leadership speculation and now a shadow ministry reshuffle, Albanese is seeking to assert himself more forcefully, declaring last week "I will be leader of this country after the next election". With that election possible within the… 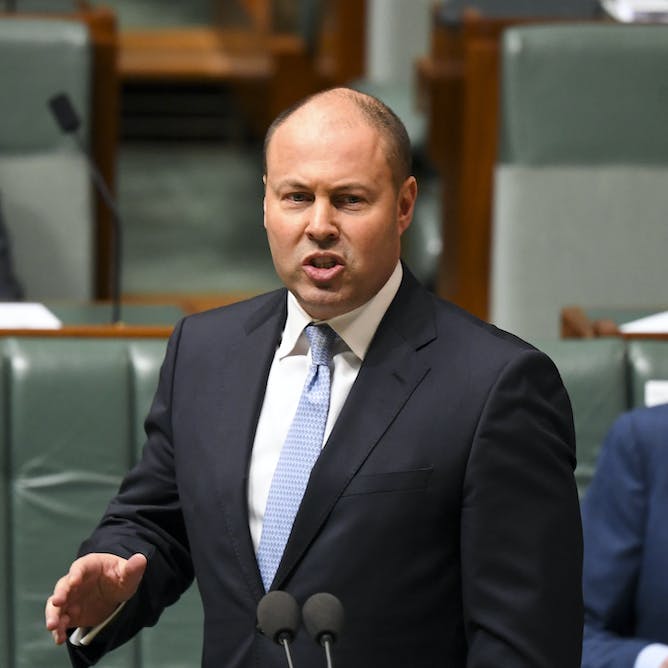 This week's update shows an improvement on the numbers in the budget that was delivered only 10 weeks ago. The prospects for growth and employment have been revised upwards. While the forecast for the deficit remains massive, at nearly $200 billion, it has been revised down. Read more: So far so good: MYEFO budget update shows recovery gathering pace But even as we return to some sort of normality… 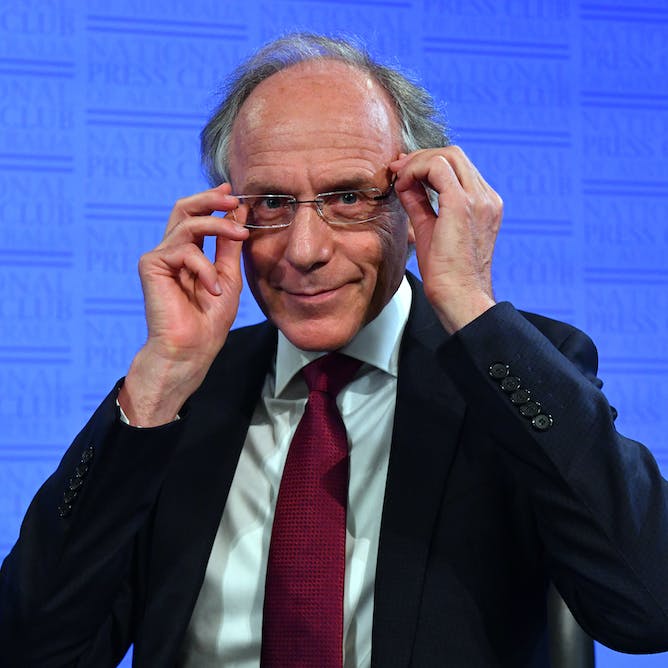 This month Alan Finkel ends his term as Australia's Chief Scientist. An entrepreneur, engineer, neuroscientist, and educator in his former life, Finkel describes the role he's held since 2016 as consisting of two activities. There's "reviewing" – briefing government on all matters scientific, including energy and climate change. And then there's "making things up" – developing programs to support the… 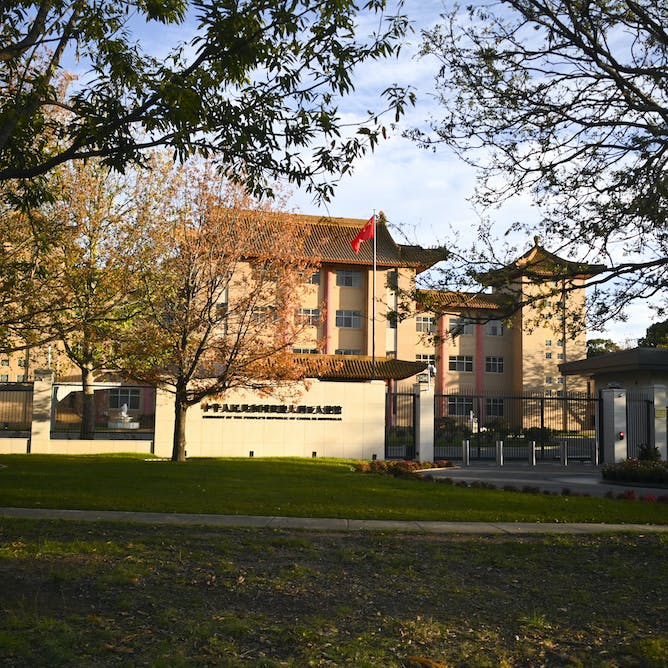 Chinese official Lijian Zhao's tweeting an image depicting an Australian soldier holding a knife against a child's throat and the subsequent angry exchanges is the latest incident in an exceptionally poor year for Australian-Chinese relations. Tensions deepened after Australia's call for an inquiry into the origins of the coronavirus, and the Chinese have hit Australian exports, most recently with… 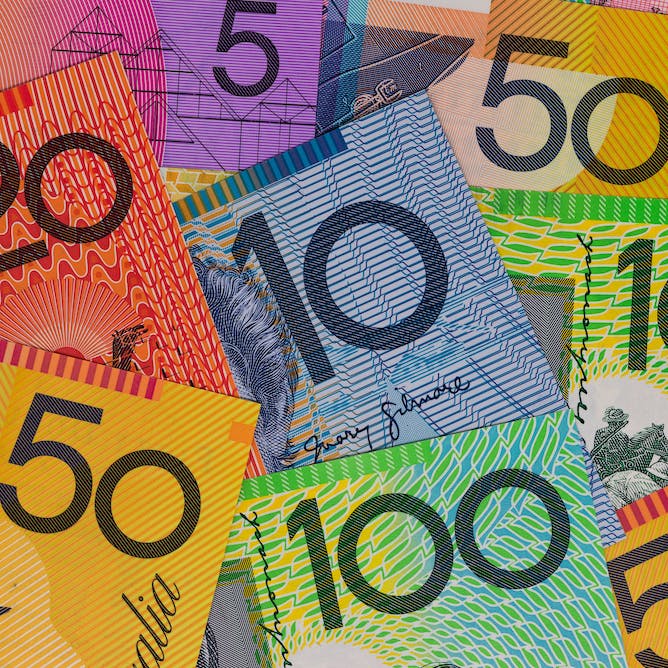 The increase in the compulsory superannuation contribution, legislated to rise next July from 9.5% to 10%, is being fiercely debated following the release of the retirement income report. In this podcast we hear the views of Brendan Coates, Director of the Household Finances Program at the Grattan Institute and Greg Combet, former Labor minister, and chair of Industry Super Australia. Coates, who opposes… 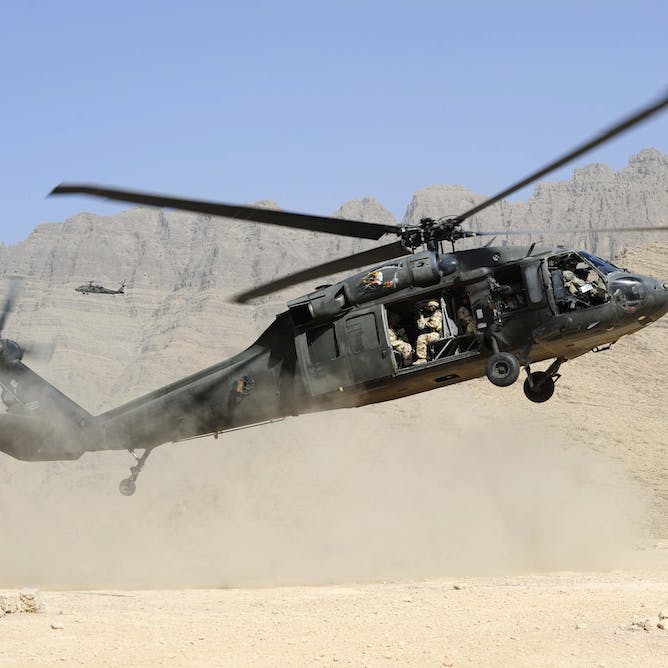 Politics with Michelle Grattan: Defence expert Allan Behm on the background to the Brereton report

Defence expert Allan Behm on the background to the Brereton report.

The findings of the inquiry by Justice Paul Brereton into the misconduct – including allegations of murder of non-combatants and mistreatment of prisoners – by Australian special forces in Afghanistan are released on Thursday. Scott Morrison last week warned these findings will be "difficult and hard news" for Australians. The leadership of the Australian Defence Force will drive a program of reform… 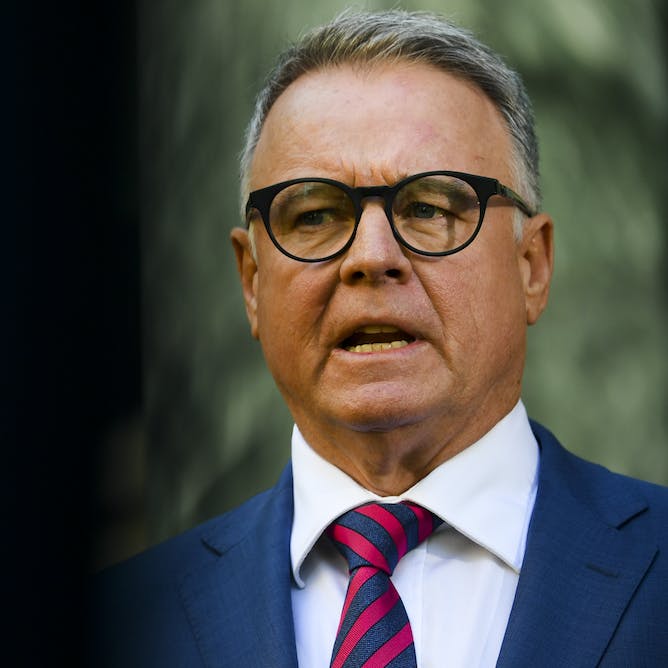 Labor's Joel Fitzgibbon this week quit the frontbench, ensuring he'll become even more vocal in his campaign to have Labor's climate policy move to the centre and the party give greater attention to the working class part of its constituency. Fitzgibbon – who was shadow minister for resources – and climate spokesman Mark Butler have been at loggerheads, and in this podcast Fitzgibbon makes it clear… 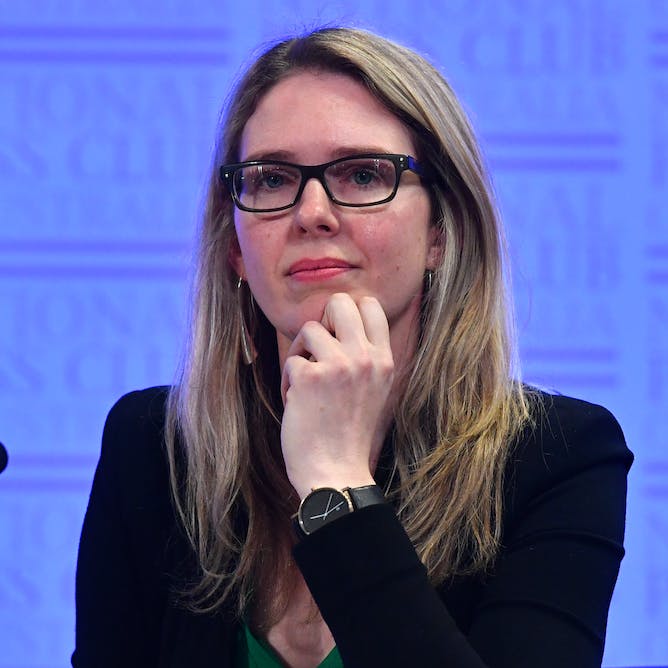 In his budget reply, Anthony Albanese said women have suffered most during the pandemic, but were reduced to a footnote in the budget. He promised a Labor government would undertake a generous reshaping of the childcare subsidy to enable more women to join the workforce or to work more hours. This week, Michelle Grattan talks to Grattan Institute CEO Danielle Wood who, in writing for the Australian… 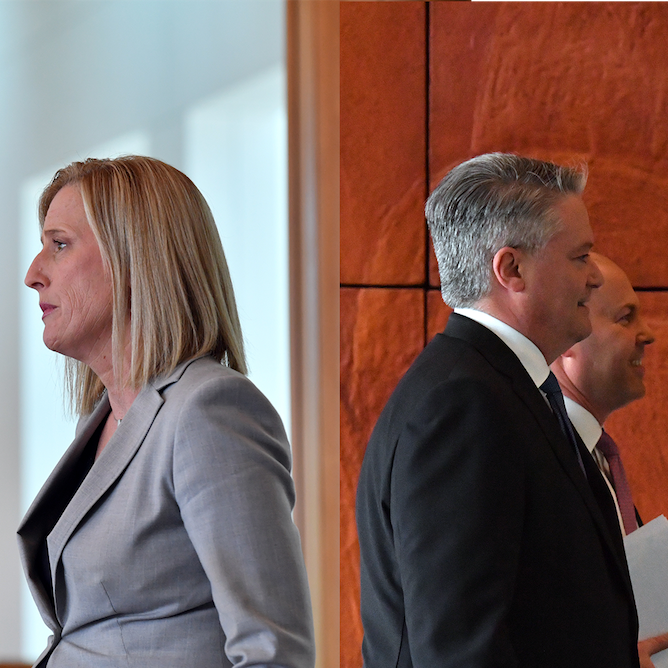 Politics with Michelle Grattan: a budget for a pandemic

a budget for a pandemic.

With the budget's expected eye-watering debt and deficit numbers, the question remains whether the huge spending will be enough to fight the coronavirus slump. Minister for Finance Mathias Cormann and Shadow Minister Katy Gallagher joined the podcast to discuss the budget's entrails. The government has faced criticism for benchmarking the much vaunted tax cuts against 2017-18, making them appear larger… 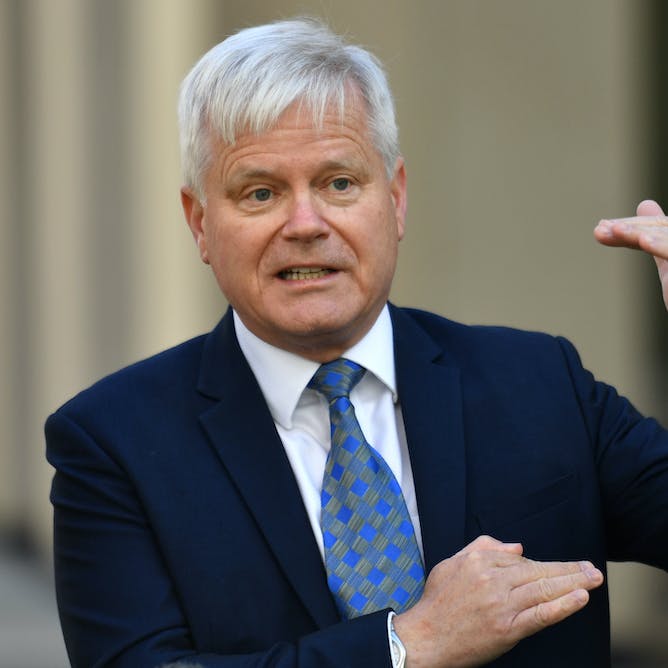 Politics with Michelle Grattan: Chris Richardson on what Tuesday's budget will and should do

Politics with Michelle Grattan: Chris Richardson on what Tuesday’s budget will and should do.

On Tuesday, the 2020 budget will be brought down. It will show a huge deficit for this financial year and massive government spending, aimed at promoting economic recovery and reducing unemployment. In the wake of COVID, the Coalition's usual preoccupation with "debt and deficit" has become very yesterday. On this week's Politics podcast, we speaks with Chris Richardson, partner at Deloitte Access… 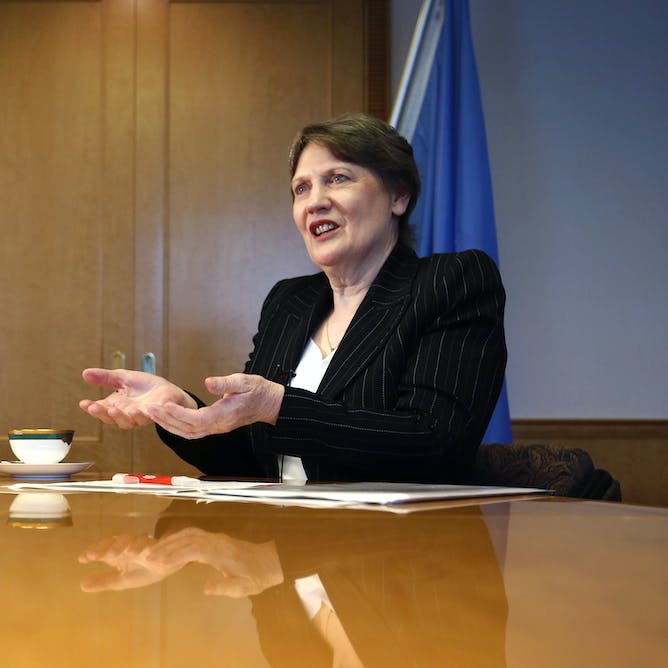 On October 17, New Zealanders will head to the polls to vote in a general election and also on referendum questions for the legalisation of cannabis and euthansia. In a head-to-head between two women, Labour's Jacinda Ardern appears to be heading to a comfortable win against National Judith Collins, who only recently became her party's leader. This week New Zealand's three term ex-Prime Minister Helen… 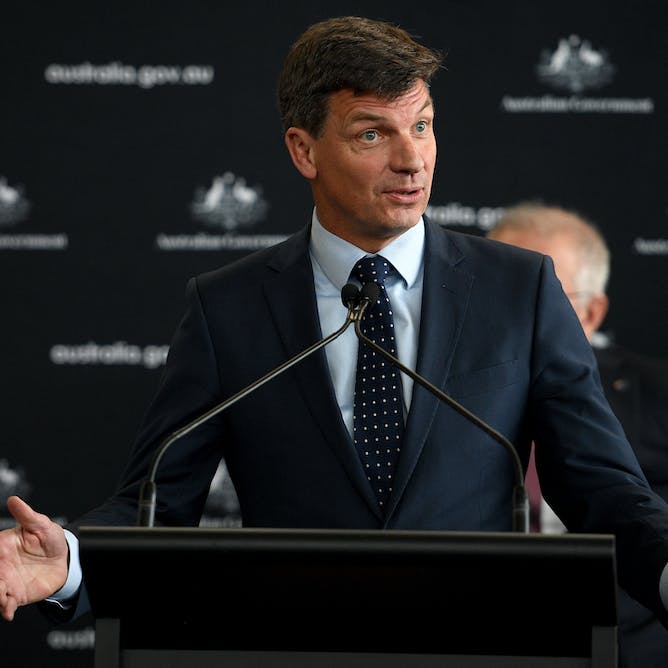 Politics with Michelle Grattan: Angus Taylor on the 'gas-fired' recovery

The Coalition is having yet another go at crafting an energy policy. Faced with the huge economic challenges presented by COVID, the government this week announced its "gas-fired recovery". But the policy is already under fire from both environmentalists and coal advocates, and the energy sector warns it could discourage investors. Part of the announcement was a threat – the government will build a… 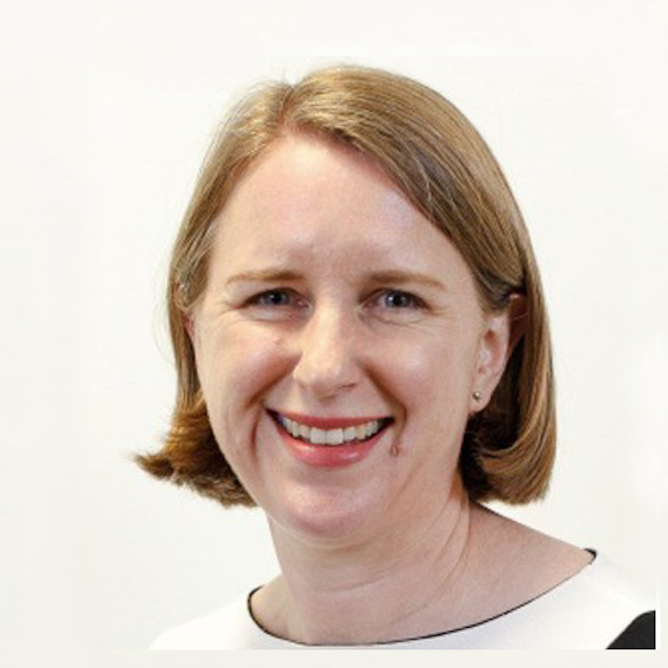 Politics with Michelle Grattan: Jodie McVernon on Melbourne's modelling, a Covid vaccine, and the role of experts in a crisis

Politics with Michelle Grattan: Jodie McVernon on Melbourne’s modelling, a Covid vaccine, and the role of experts in a crisis.

In light of Victoria's cautious roadmap out of lockdown, which some experts applaud and others believe is unnecessarily conservative, the modelling underpinning the decisions is under close scrutiny. University of Melbourne Professor Jodie McVernon is director of epidemiology at the Doherty Institute, and a modelling expert. She tells the podcast, "I think the broad qualitative conclusions of the model… 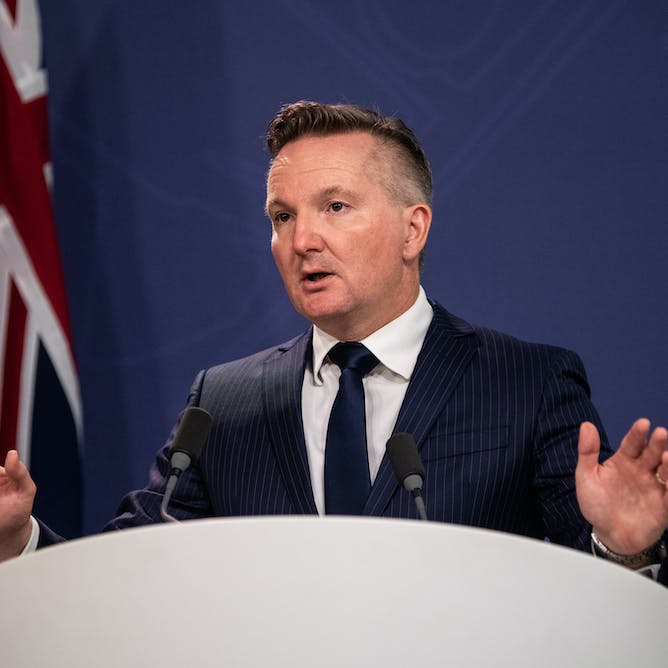 Politics with Michelle Grattan: Chris Bowen on the recession, aged care and priorities for health policy

Chris Bowen on the recession, aged care and priorities for health policy.

Had the 2019 election panned out differently, Chris Bowen would have been the treasurer coping with Australia's current economic crisis. Instead, as shadow health minister, he has been critical of aspects of the government's handling of the health issues, especially its failure to act earlier and more comprehensively to secure access to potential vaccines. With Labor homing in on aged care, which has… 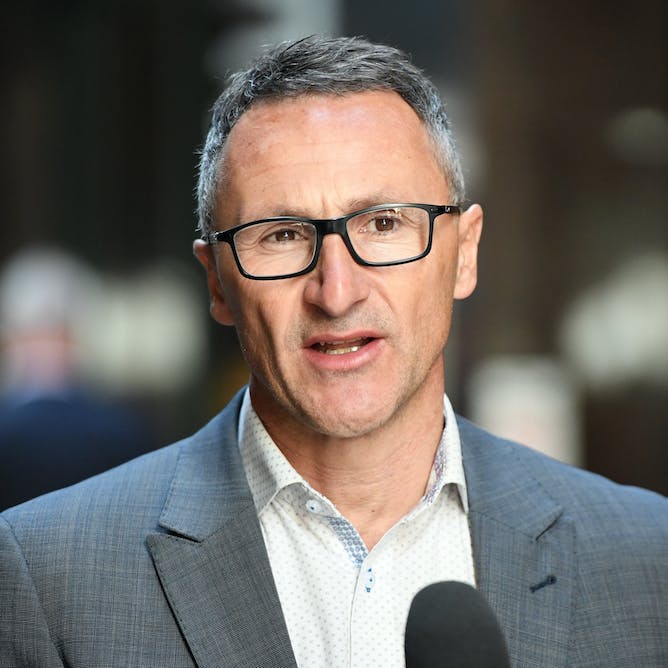 In February, then Greens' leader Richard Di Natale stepped down from the leadership after five years and announced he'd leave parliament to spend for more time with his family. On Tuesday, he delivered his valedictory speech to the senate – remotely – and on Wednesday, he formally resigned. Read more: Where are the Greens? As Di Natale leaves, Bandt must find a spotlight for his party in a pandemic… 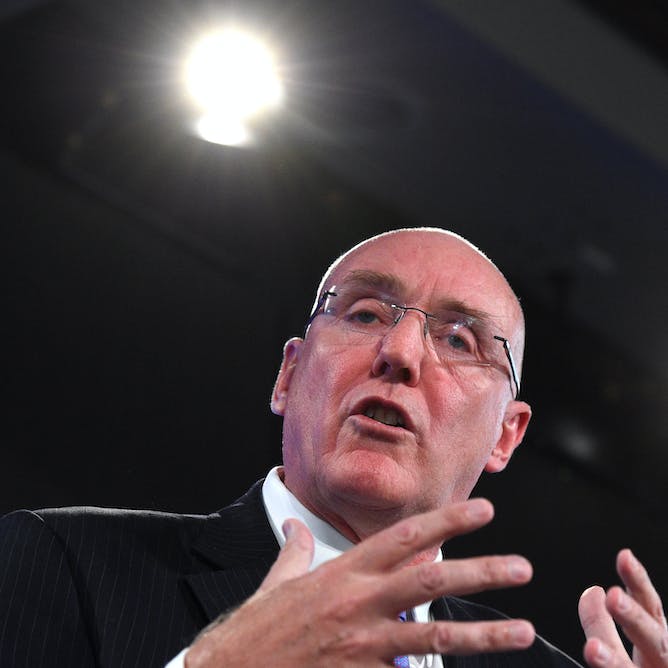 Politics with Michelle Grattan: Professor Barney Glover on the bleak years ahead for higher education

Professor Barney Glover on the bleak years ahead for higher education.

With the withdrawal of the international market, and the stresses of delivering education virtually, the university sector has been hit especially hard by COVID-19. The sector, which in the 2018-2019 financial year contributed $37.6 billion in export income to the Australian economy, is a shadow of its former self. Meanwhile the government last week released its controversial "JobReady Graduates" draft…