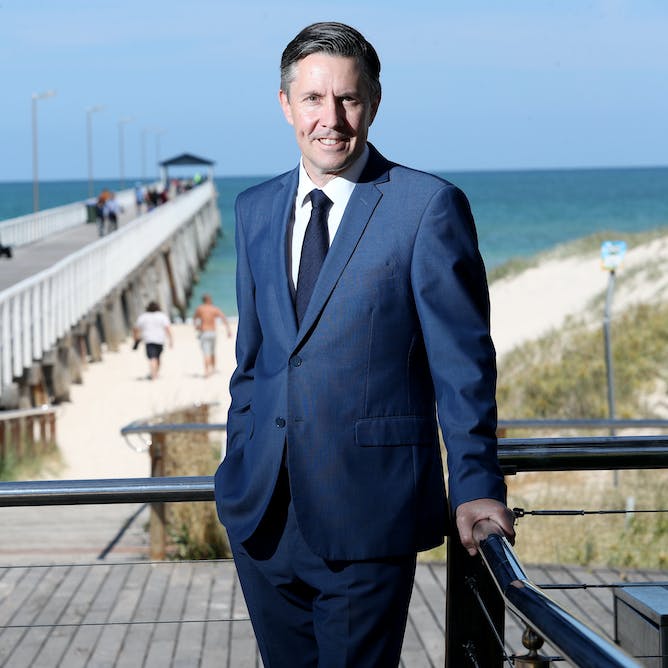 Mark Butler, Shadow Minister for Climate Change and Energy, is optimistic that Labor is better placed to prosecute its climate policy at the next election, compared to the last. "I think we are better positioned now for two reasons." "Firstly, I think the business community has shifted substantially over the last couple of years, and that's a global shift that reflects particularly the fact that regulators...and… 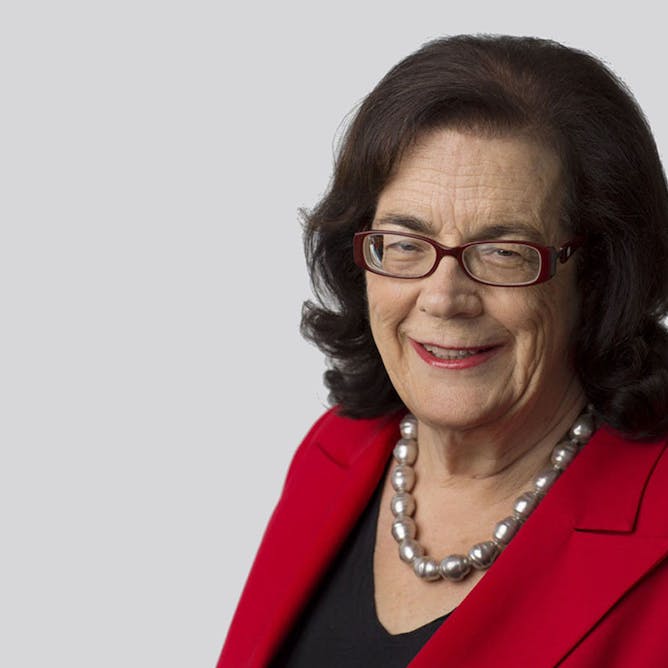 Politics with Michelle Grattan: Phil Honeywood on the coronavirus challenge for universities

Politics with Michelle Grattan: Phil Honeywood on the corona virus and education in Australia. CC BY26.2 MB (download)

The coronavirus is presenting a major threat to Australia's education export industry, which is highly dependant upon the China market, and a huge challenge to the universities. Phil Honeywood, CEO of the International Education Association of Australia says: "At the end of the day, China is the most heavily populated country in the world, it's on our regional doorstep and it has an incredible appetite…

Adam Bandt began his political journey in the Labor party, but the issue of climate change drew him to the Greens. Last week he became their leader, elected unopposed. Asked about his ambitions for the party, Bandt aspires to a power-sharing situation with a Labor government, akin to the Gillard era. "Ultimately Labor's got to decide where it stands, and if Labor decides that it does want to go down… 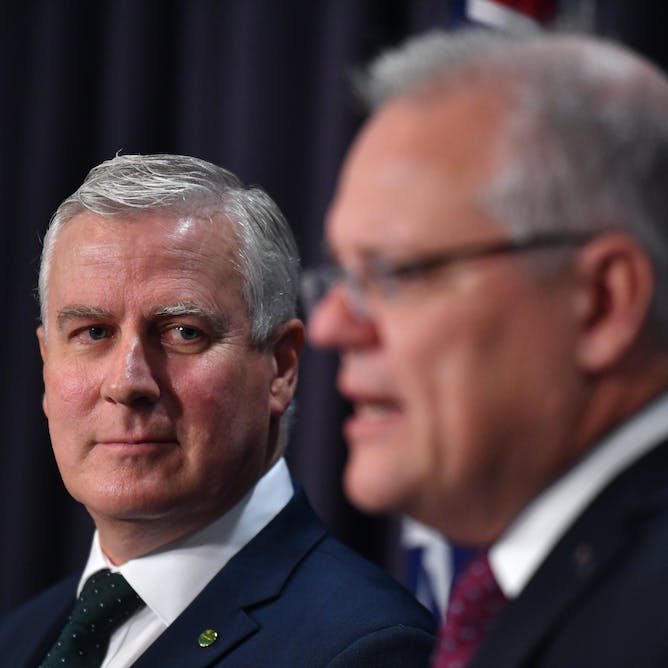 Politics with Michelle Grattan: Michael McCormack moves on from his near-death experience

Michael McCormack moves on from his near-death experience. CC BY31.3 MB (download)

Starting the year with a leadership spill will be seen by many, especially those hit by the bushfires, as the Nationals being particularly self-indulgent. Nationals leader and Deputy Prime Minister Michael McCormack admits as much, but notes he wasn't the initiator of his party's bad behaviour. "We should not have been talking about ourselves. This was never of my making or doing. And we should have… 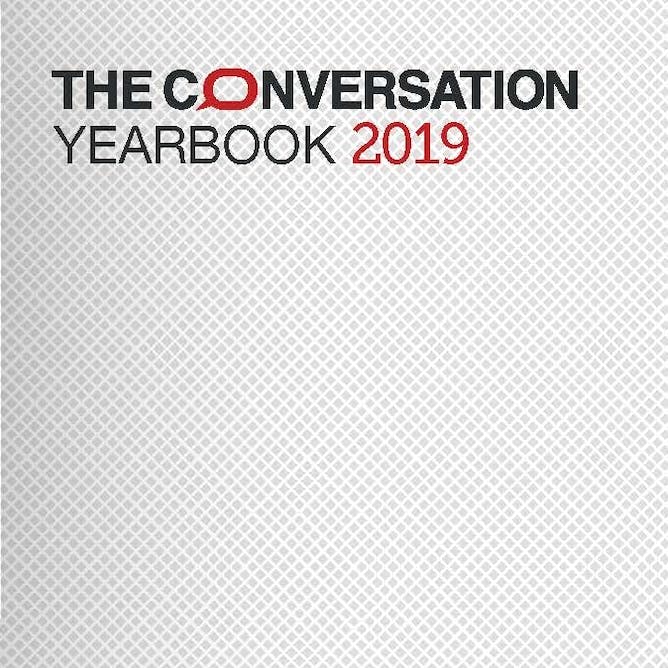 Politics with Michelle Grattan: Grattan and Martin on the year that was, in politics and economics

Grattan and Martin on the year that was, in politics and economics. The Conversation, CC BY59.2 MB (download)

Last week, Michelle Grattan and Peter Martin (economics editor at The Conversation) were in Sydney to launch the 2019 Conversation Yearbook. The event was held at Glebebooks and presented an opportunity for readers to hear Michelle and Peter's discussion about the year that was, and ask questions. This podcast is an edited recording of that event. New to podcasts? Podcasts are often best enjoyed using… 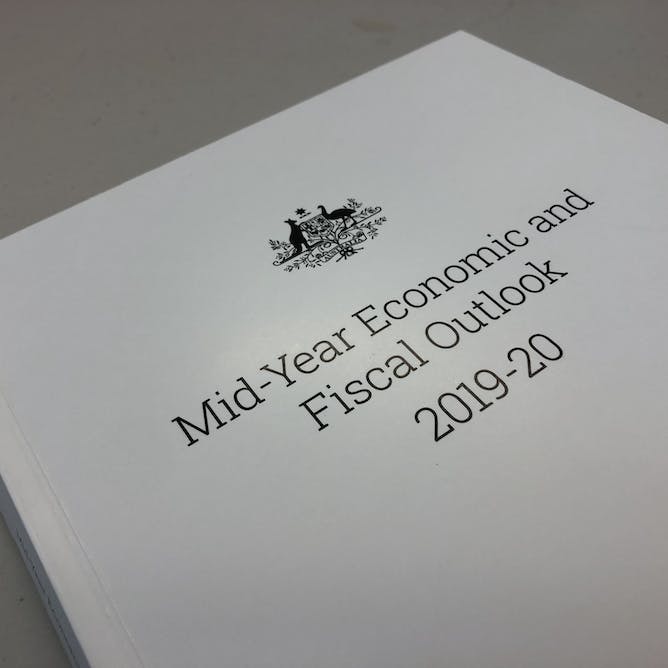 Politics with Michelle Grattan: Mathias Cormann and Jim Chalmers on the mid-year budget update. The Conversation, CC BY29.7 MB (download)

The mid-year budget update has seen the government downgrading its forecast for Australia's economic growth in 2019-20 by 0.25%, and slashing the projected surplus by A$2.1 billion, to $5 billion. The forecast for wage growth has also been reduced, and unemployment is projected to be slightly higher than was envisaged at budget time. The figures indicate a worsening economy, but the government has… 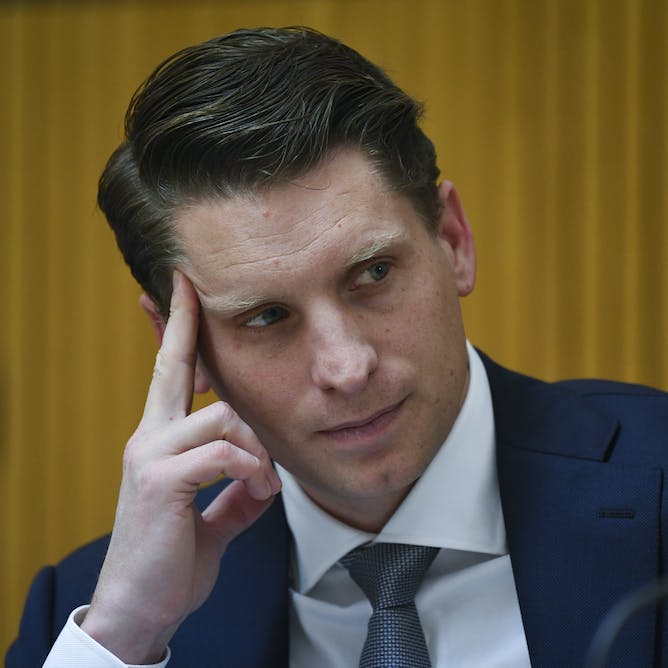 Chinese government influence and interference has been a contentious issue in Australia politics in the past year. Weighing up concerns about foreign money in state and federal campaigns, candidates' direct relationships with arms of the Chinese Communist Party and the defection of a Chinese spy operating within Australia, against the fragile trade relationship we have with our largest export market… 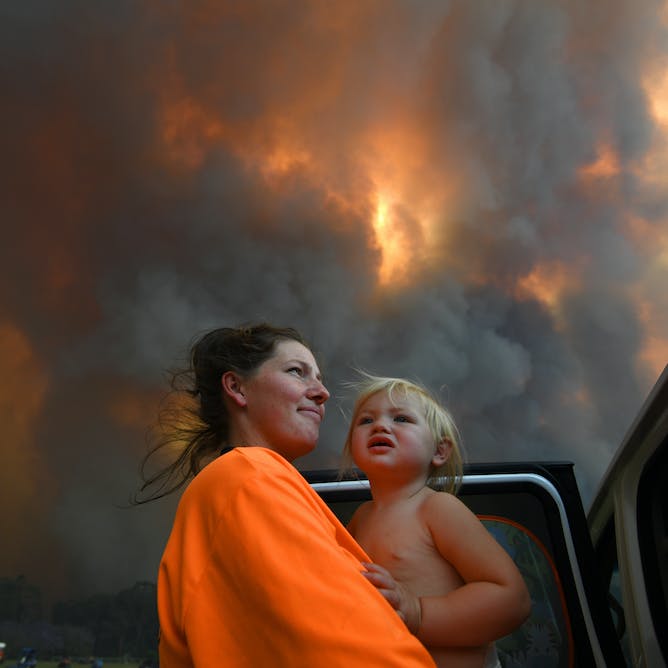 Politics with Michelle Grattan: Minister David Littleproud on bushfires, drought, and the Nationals

Minister David Littleproud on bushfires, drought, and the Nationals. The Conversation, CC BY49.3 MB (download)

Bushfires continue to burn across NSW and Queensland, the death toll has risen, and the damage to properties, wildlife and the environment is devastating. With conditions predicted to worsen over the summer, climate change has inevitably come into the frame. The Prime Minister and Opposition leader have said policy arguments should be avoided until the immediate crisis has passed, but many - including… 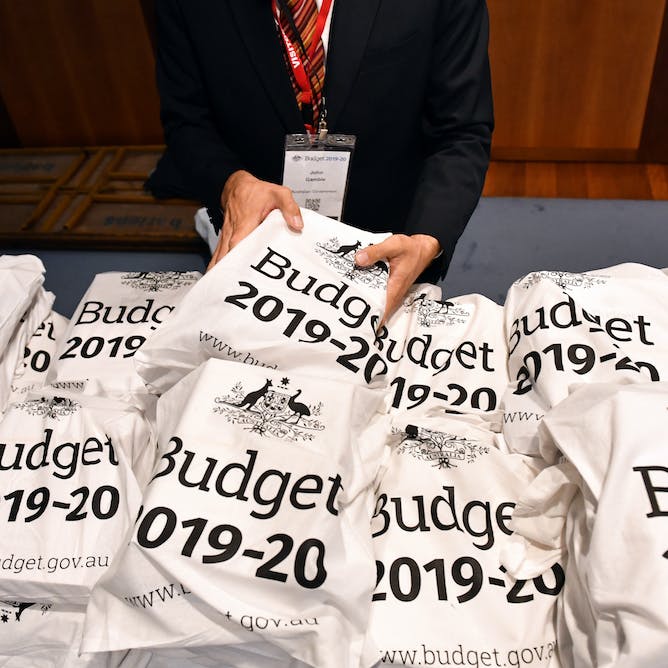 Ross Gittins on the government’s “surplus obsession” The Conversation, CC BY29.3 MB (download)

The Australian economy is growing slowly, with people not opening their purses and businesses uncertain about the future. The Reserve Bank has cut interest rates three times this year - the official cash rate is currently at a historic low of 0.75%. Many are arguing monetary policy has run its course, and fiscal stimulus is needed. This week's Essential poll shows voters tend to think so as well, with… 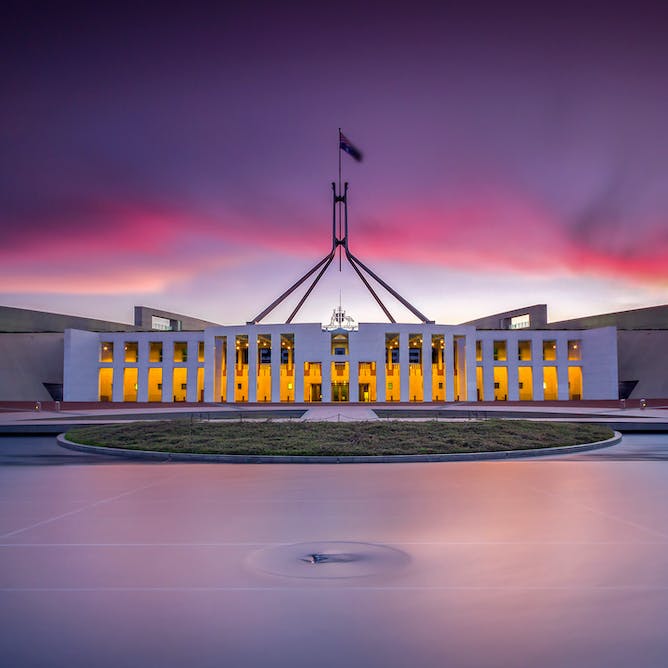 Politics with Michelle Grattan: On the trust divide in politics

On the trust divide in politics. The Conversation, CC BY50 MB (download)

Democracy 2025 is an initiative by the Museum of Australian Democracy and the University of Canberra, which aims to stimulate a national conversation on the state of our democracy, including the trust divide between the political class and everyday citizens. A just-released report by the project gives the perspective of federal politicians - key voices in the debate. Members of the last federal parliament… 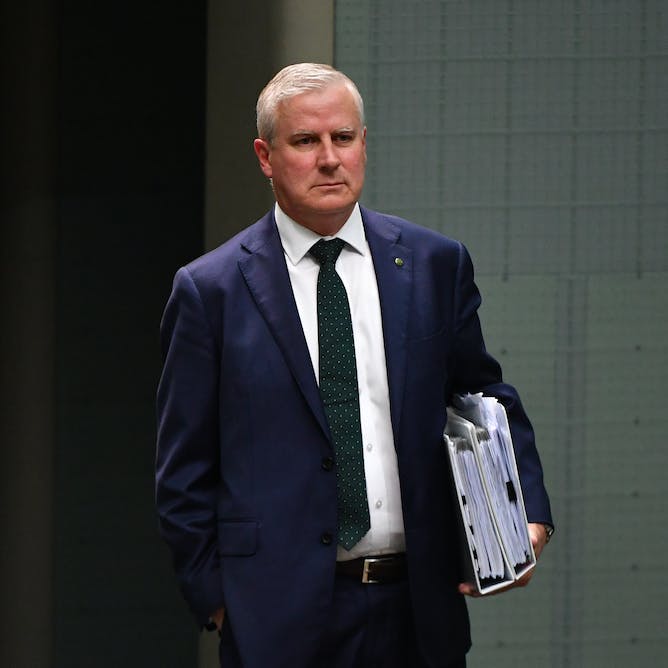 Deputy PM Michael McCormack on the drought and restive Nationals. The Conversation, CC BY33.7 MB (download)

While the drought continues to hit the Nationals' constituents hard, the party faces testing terrain on a political level. In this episode of Politics with Michelle Grattan, Deputy Prime Minister Michael McCormack acknowledges the mishandling of the bring-forward of the dairy code, which will increase the negotiating power of milk producers. Tensions blew up in the Nationals party room this week after… 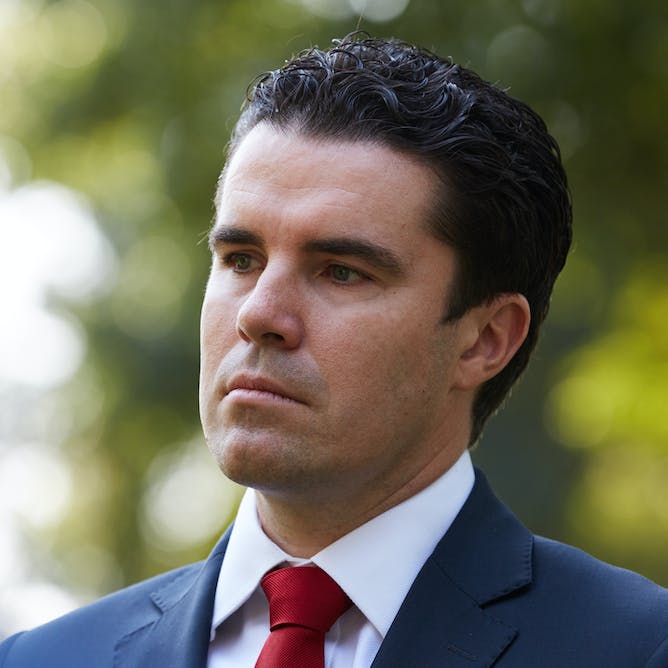 Tim Watts is Labor member for the Victorian seat of Gellibrand, one of the most diverse electorates in Australia. His own family is a microcosm of diversity - Watts comes from a long line of Australians with ancestors deeply rooted in the old attitudes of "white Australia", while his wife is from Hong Kong, and his children Eurasian-Australian. In his new book, The Golden Country, Watts reconciles… 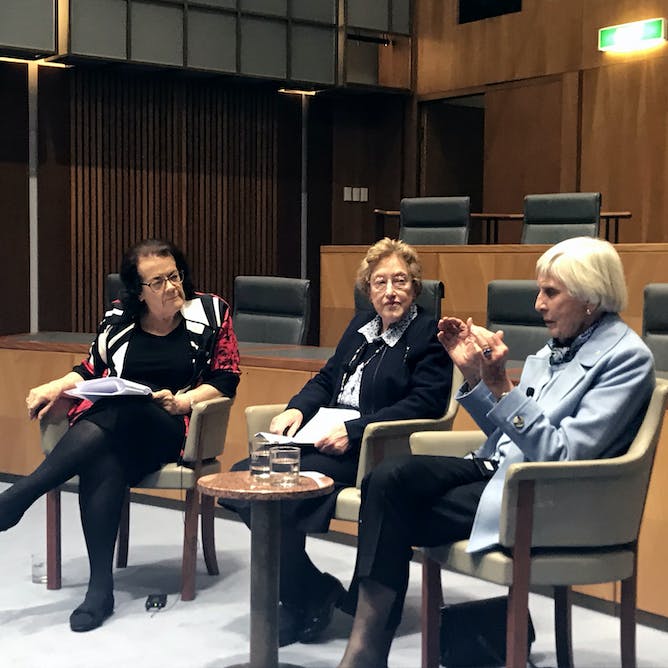 Last week, a very special event took place in Parliament House. The daughters of Sir Robert Menzies and Arthur Calwell - Heather Henderson and Mary Elizabeth Calwell - came together to reflect on their fathers' legacies, and to offer their perspectives on a different era in Australia's political history. Michelle Grattan moderated the conversation. The event was organised by the Menzies-Calwell Group… 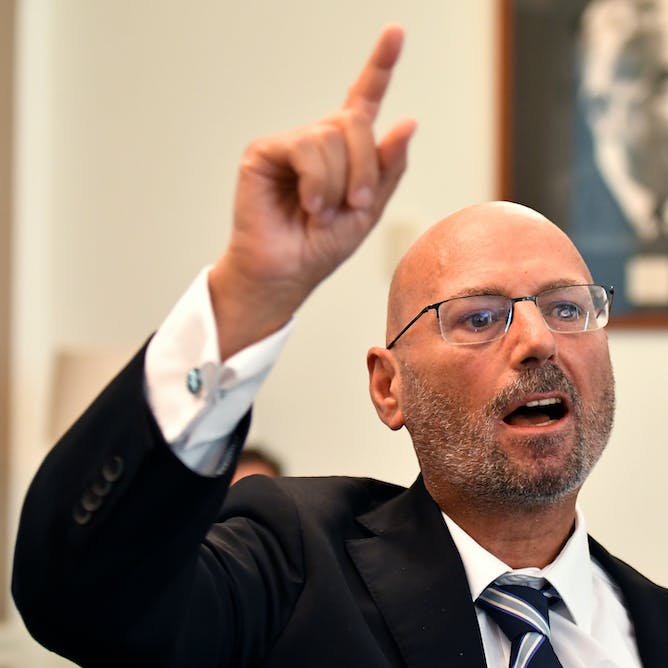 Politics with Michelle Grattan: Arthur Sinodinos with some reflections and advice

Arthur Sinodinos with some reflections and advice The Conversation, CC BY32.9 MB (download)

Arthur Sinodinos will soon leave the Senate, and early next year take up the position of Australian ambassador in Washington. A former staffer and one-time public servant as well as a former minister, in this podcast Sinodinos reflects on the challenges of pursuing reform, has some advice for ministerial staff in dealing with the public service, and warns about dangers for democracy and science posed… 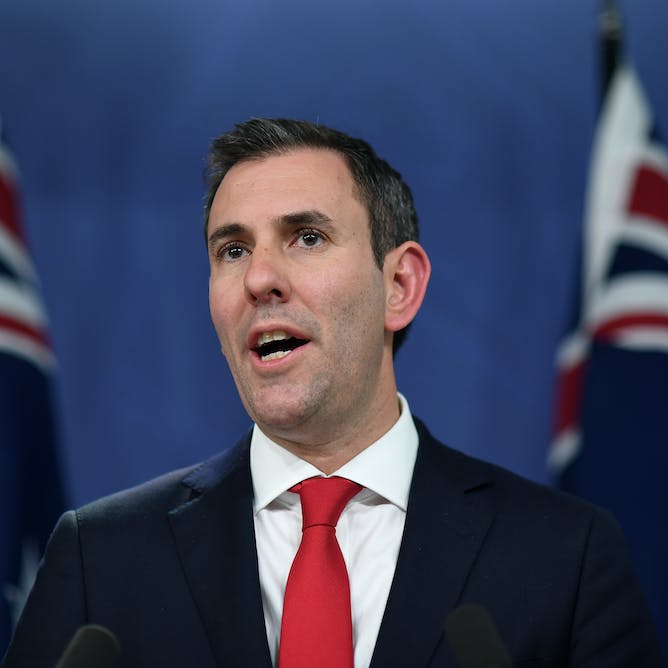 Politics with Michelle Grattan: Jim Chalmers on the need to change economic course

Jim Chalmers on the need to change economic course. The Conversation, CC BY35.9 MB (download)

Shadow Treasurer Jim Chalmers says it's time to change Australia's economic course "in a responsible and affordable way which doesn't jeopardise the surplus". Chalmers predicts the budget outcome for last financial year, forecast to be a deficit at budget time, could possibly show a surplus, because of high iron ore prices and other factors including an underspend on the NDIS. He argues the government… 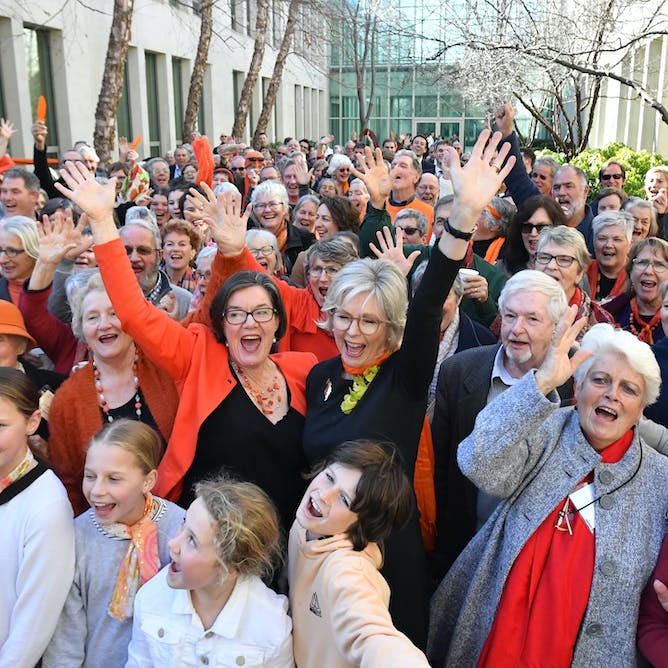 Helen Haines, MP for the Victorian regional seat Indi, made history at the election as the first federal independent to succeed another independent. She was backed by grassroots campaigners, Voices for Indi, who had earlier helped her predecessor, Cathy McGowan, into parliament. But while McGowan towards the end of her time in the House of Representatives shared real legislative power after the Coalition… 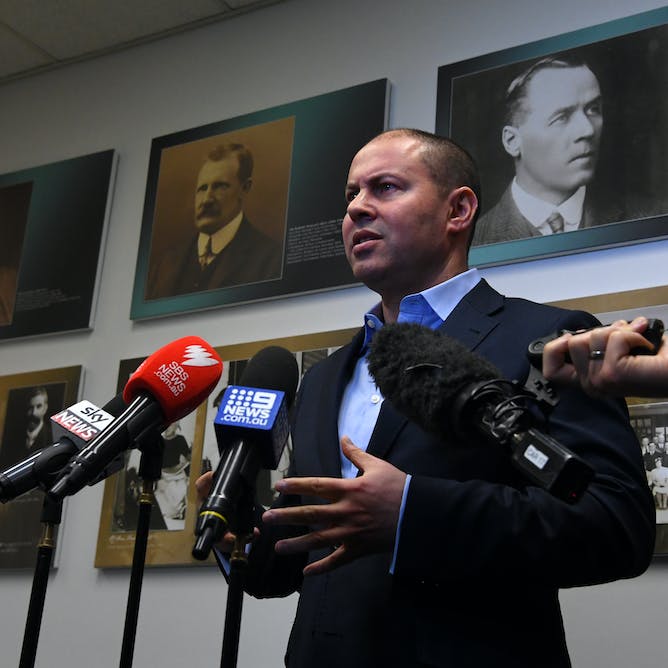 This week's June quarter national accounts showed weakness in business investment and consumer spending, reflecting an all-round lack of confidence. Still, Treasurer Josh Frydenberg remains optimistic about the economy. In this episode of Politics with Michelle Grattan, Frydenberg talks about the government's discussions with the Reserve Bank on a new agreement covering the inflation target, saying… 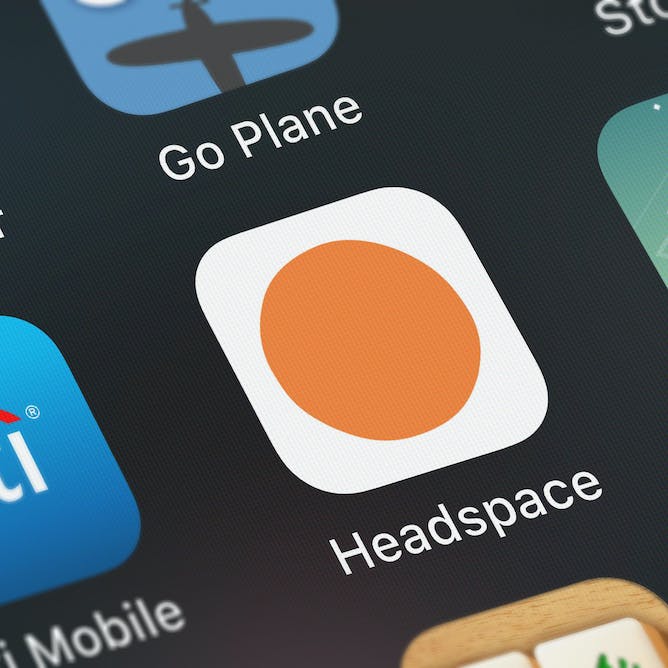 The number of suicides in Australia has been rising in the last decade, with more than 3,000 Australians taking their life in 2017, according to the latest available ABS figures. Some of the most vulnerable groups include Indigenous Australians, young Australians, unemployed people, and veterans. Scott Morrison has declared this a key priority area for the government. He has appointed Christine Morgan… 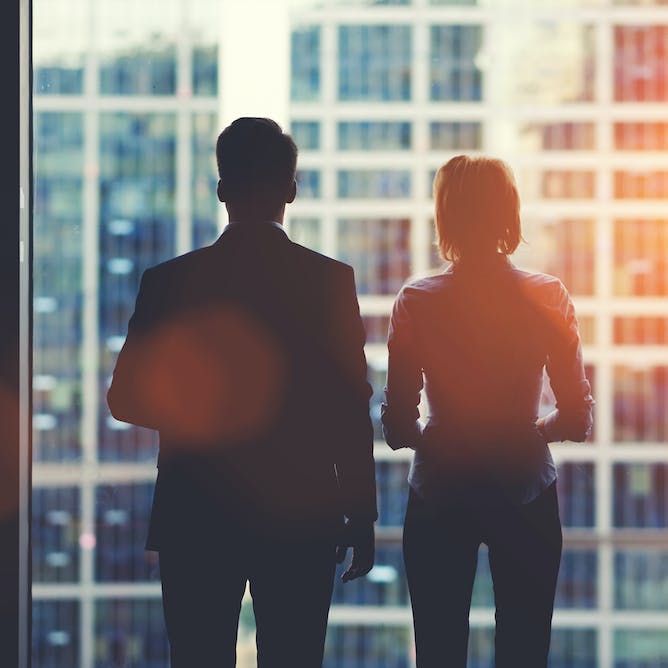 Politics with Michelle Grattan: on the 'creeping crisis' in the public service

On the ‘creeping crisis’ in the public service. The Conversation, CC BY28.8 MB (download)

Scott Morrison has voiced his intention to shake up the federal public service - seeking to make it more efficient in implementing the government's agenda. A review of the public service led by David Thodey is now finished. Meanwhile, Professor Beth Noveck and Professor Rod Glover have released a timely study of the public service, titled Today's problems, Yesterday's toolkit. Commissioned by the Australia… 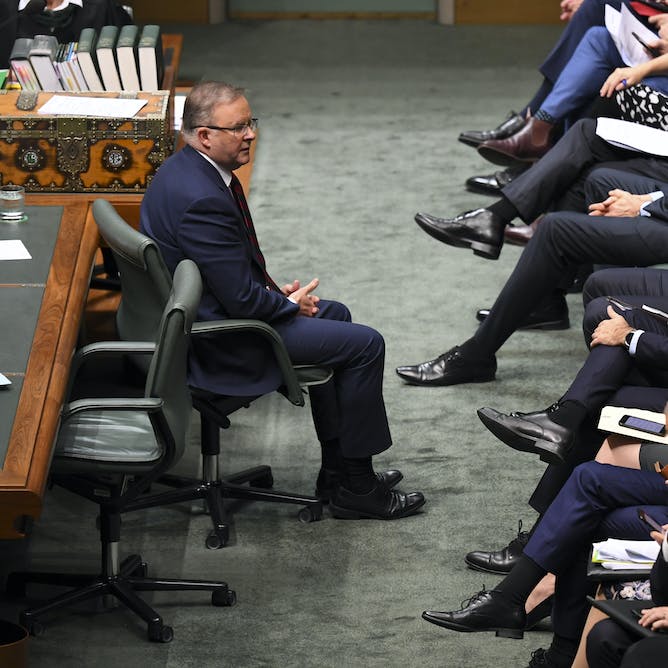 Anthony Albanese has a blunt message for critics who are accusing Labor of attacking government measures but then voting for them. They should "examine the world as it is rather than as they would like it to be," he says. In the post-election reality the Senate will mostly support the government. This severely limits the opposition's capacity to alter legislation. In this podcast episode, Albanese… 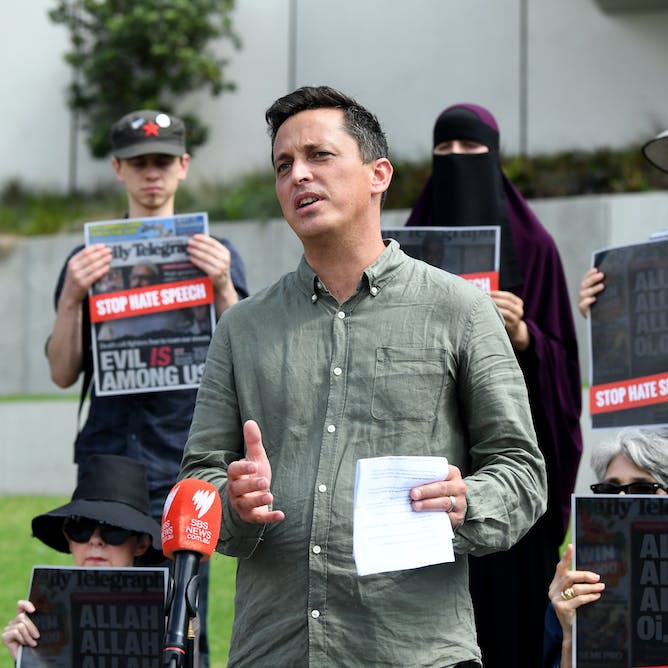 After a bruising election outcome, GetUp is regrouping around a batch of issues - with press freedom the big ticket item. The activist group's national director Paul Oosting, who has been in Canberra for the parliamentary week, says this is "deeply, deeply important to our members right now. It's absolutely the number one issue that they care about". We're absolutely in this campaign for the long haul… 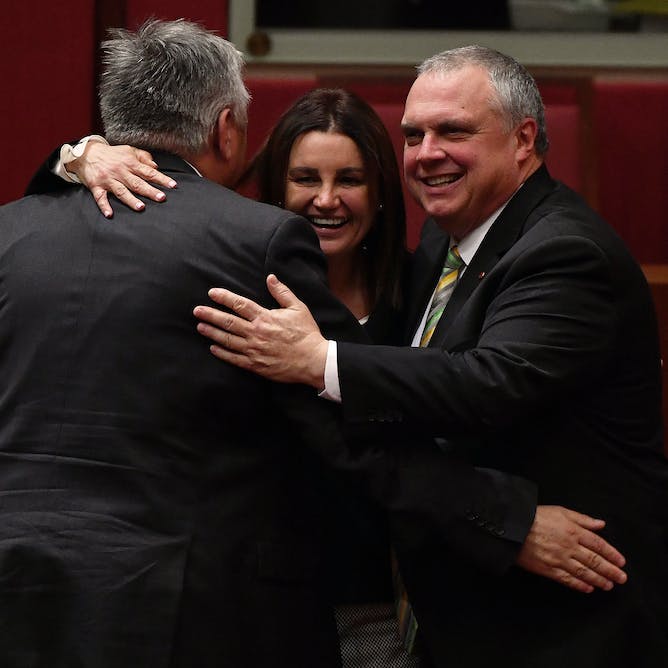 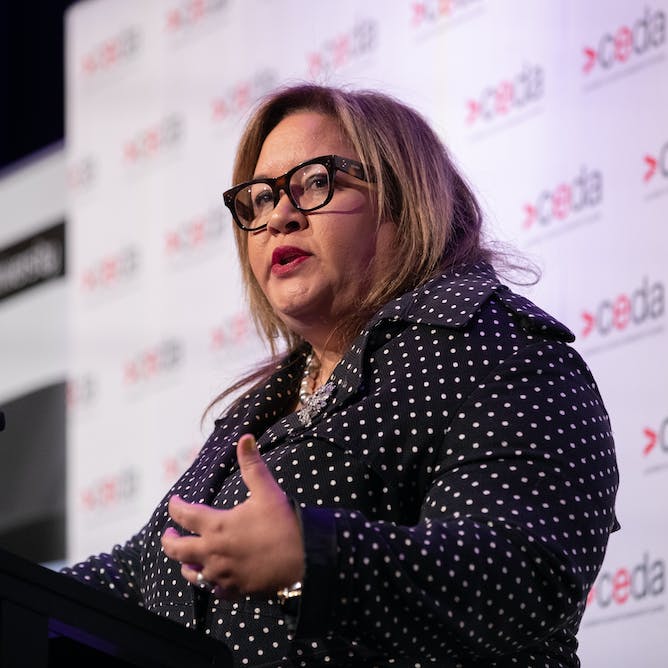 Politics with Michelle Grattan: Megan Davis on a First Nations Voice in the Constitution

Megan Davis on a First Nations Voice in the Constitution. The Conversation, CC BY31.4 MB (download)

Last week on this podcast we talked to Ken Wyatt about the government's plan for a referendum – hopefully this parliamentary term – to recognise Indigenous Australians in the Constitution. This week, we continue the conversation on Indigenous recognition with Megan Davis, a law professor and expert member of a key United Nations Indigenous rights body on the debate about an Indigenous 'Voice' which… 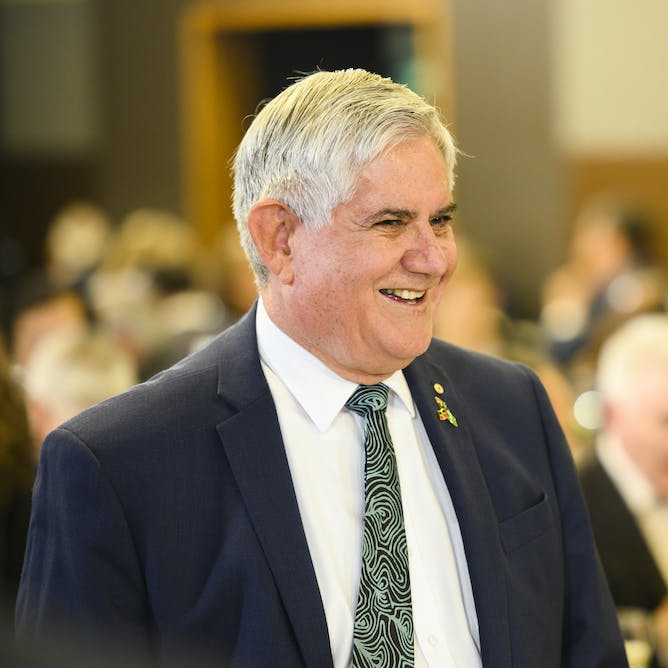 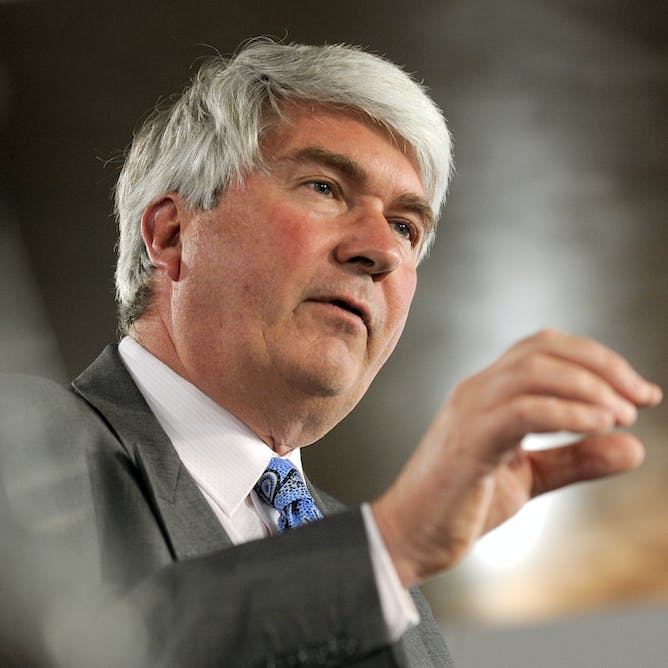 Frank Brennan, Jesuit priest and member of the expert panel on Religious Freedom set up by Malcolm Turnbull, says the Israel Folau matter is a "simple freedom of contract case regardless of Mr. Folau's religious views". "I think the question is, did he voluntarily, and for a very large sum of money, agree with his employer to follow a work code which included an undertaking not to make statements on…