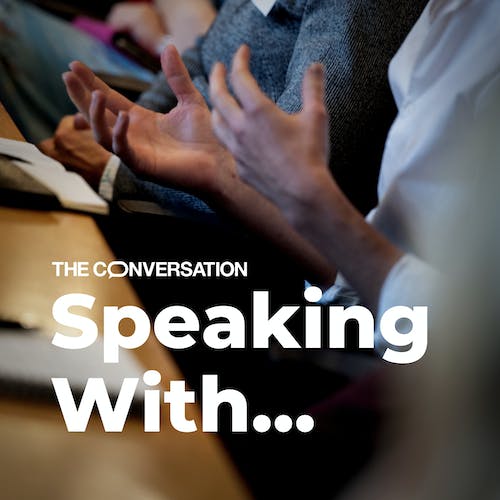 Honorary Fellow of the University of Melbourne and Senior Curator (Astronomy)

The Conversation's 'Speaking with' podcast
Ideas and analysis from the sharpest minds in the academic and research world. 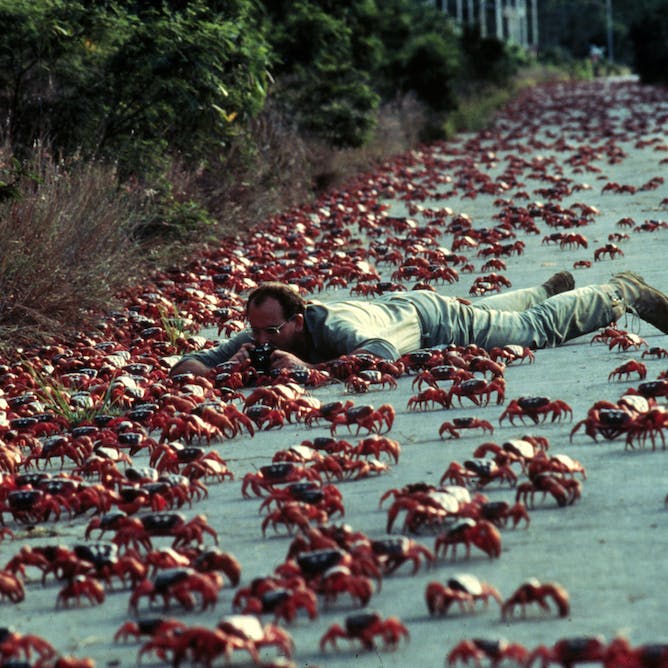 Every year tens of millions of Christmas Island red crabs migrate from the island's dense forest to the cliffs to spawn. It's a phenomenon that literally stops traffic and draws tourists from around the world to the tiny Australian territory. But while there are still tens of millions of red crabs on the island, in recent years their numbers have dipped by around a third as they compete for space with… 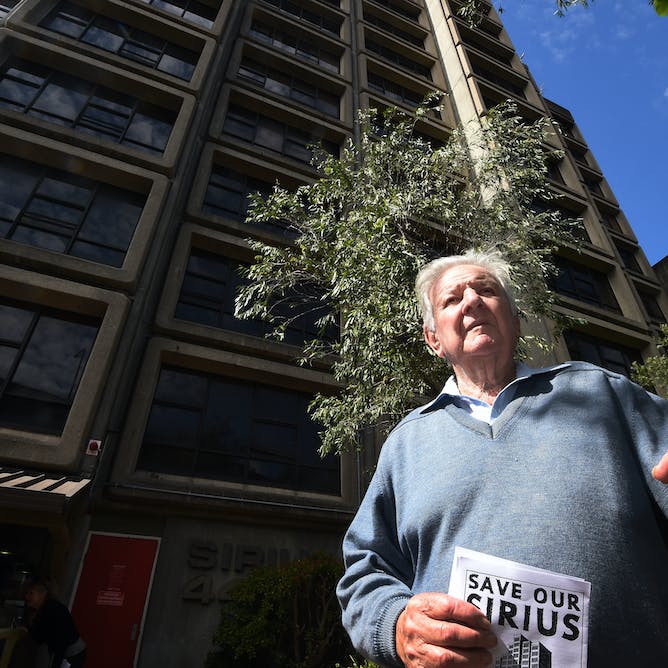 Sydney's iconic Sirius building was scheduled for demolition by the New South Wales government in 2015. The building – a prominent Australian example of brutalist architecture – contains 79 apartments for public housing tenants, and residents are furious that they are being moved on to make way for 250 luxury apartments at the gateway of the city. But this isn't the first time a NSW government has… 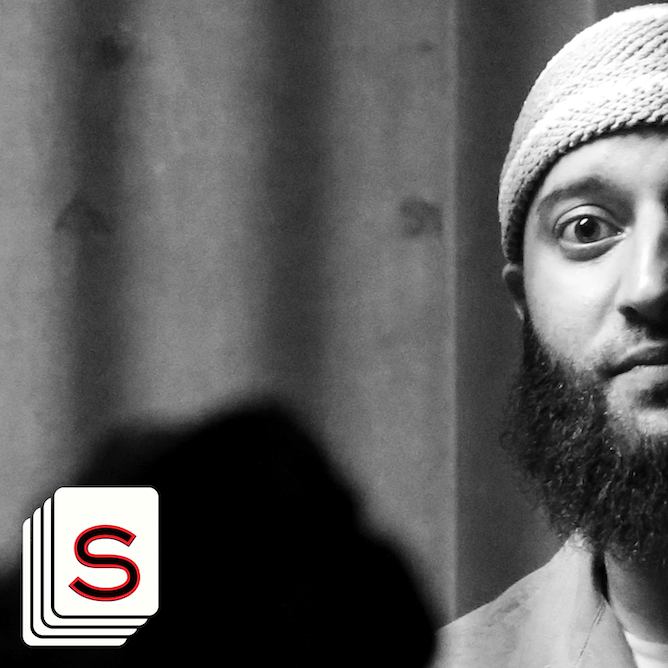 By now almost everyone has heard – or heard of – This American Life's blockbuster podcast series Serial. The first series, originally published in 2014, covered the incarceration and possible wrongful conviction of Adnan Syed for the murder of schoolgirl Hae Min Lee in Baltimore. In June this year Syed was granted a new trial for the murder, based at least partially on the renewed scrutiny of the case… 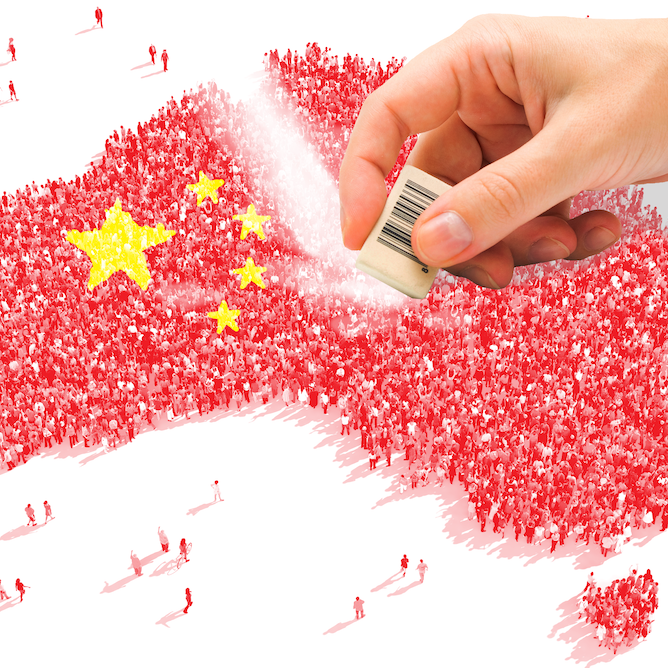 Speaking with: Alanna Kamp about the erasure of Chinese-Australian women from our history books

Speaking with: Alanna Kamp about the erasure of Chinese-Australian women from our history books.

We tend to think of Australia as having a largely European population in the years dominated by the White Australia policy. But the truth is Chinese-Australians have been contributing to our national character since the 1850s. Women – and women from non-European backgrounds in particular – have often been excluded from both research and our historical records thanks to patriarchal attitudes to women's… 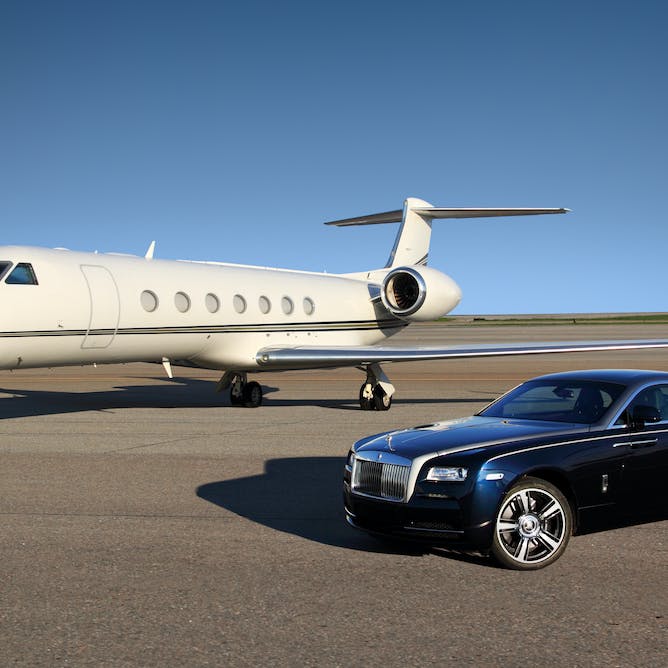 Speaking with: Ilan Wiesel and Ray Forrest about the impact of the super rich on our cities

Speaking with: Ilan Wiesel and Ray Forrest about the impact of the super rich on our cities.

The "1%" – the super elite who hold a disproportionate amount of global wealth – have been the subject of reality TV, protests, media speculation and best-selling books in recent years. Private jets, multi-million-dollar apartments and cars worth the value of most people's homes: these are the symbols we associate with them, but is there really a defining culture of the super rich? And are the extremely… 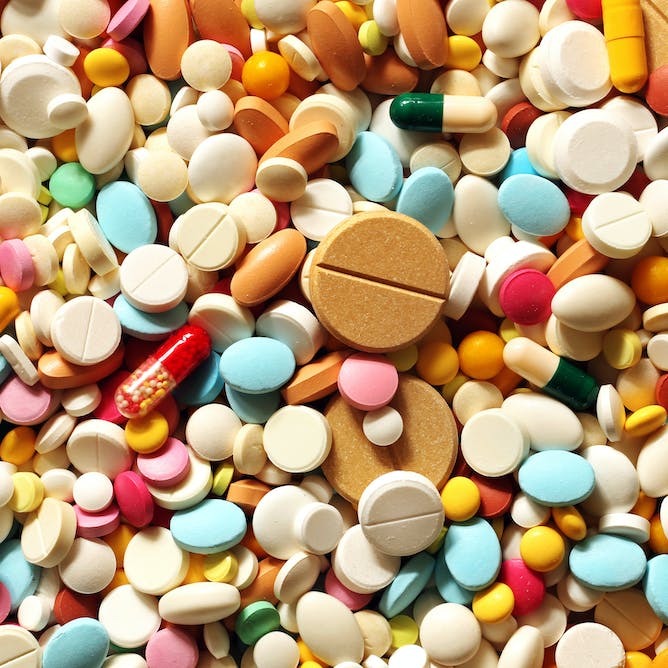 Speaking with: Bad Pharma author Ben Goldacre about how bad research hurts us all

Bad Pharma author Ben Goldacre about how bad research hurts us all. The Conversation, CC BY36.4 MB (download)

We are living in a time where we have greater access to lifesaving medicines and treatments than ever before. But we're also seeing a surge in the rejection of the medical research and the scientific community in general, with anti-vaccination activists and climate change sceptics building followings and taking seats in government. How do we bridge the divide to those who have lost trust in science… 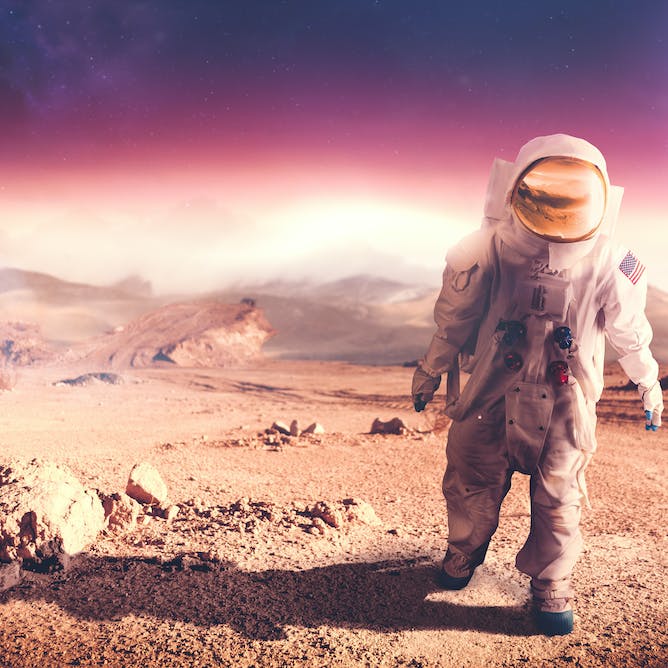 Speaking with: Juan Francisco Salazar about colonising Antarctica and Mars

Last month, a team of scientists emerged from a year-long experiment to test what survival might look like for the first colonists on Mars. But while setting up a human colony on Mars seems like a journey into the unknown, the research community in the Antarctic is already encountering – and in some cases solving – many of the same problems we might face on new worlds. And those problems are not all… 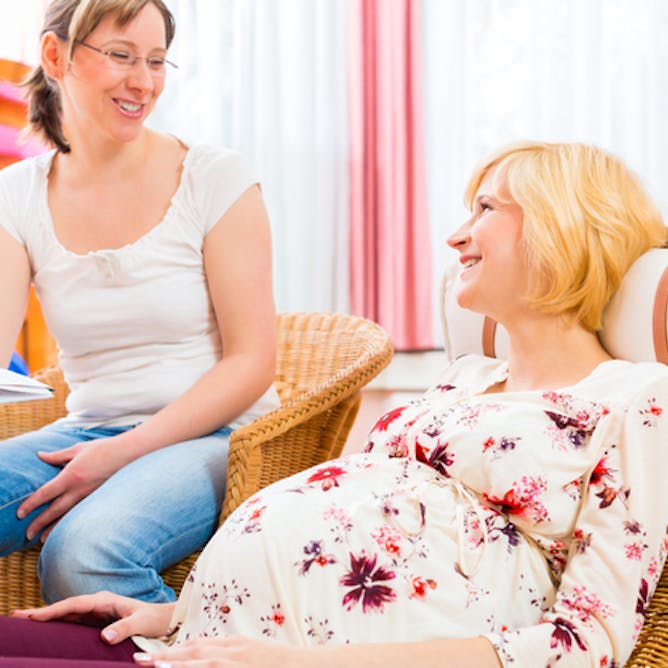 Recent studies have revealed an emerging understanding of the benefits of birthing relationships through the childbearing process. Creating a healthy mental state through pregnancy, birth and postnatal care can have an important and tangible effect on the health of both child and mother. Midwifery, one of the oldest professions in the world, has been increasingly overshadowed by technological development… 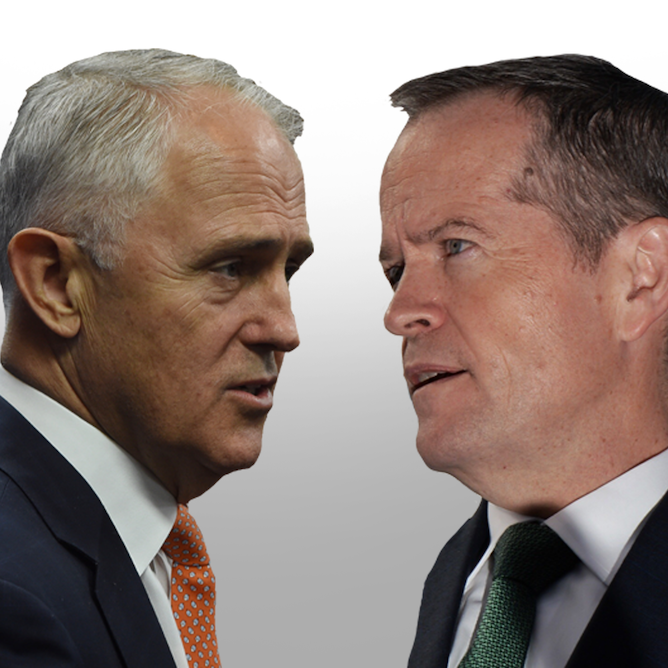 Speaking with: ‘Poll Bludger’ William Bowe in the final week of the election campaign

Speaking with: ‘Poll Bludger’ William Bowe in the final week of the election campaign.

On Saturday, Australians will finally go to the polls to decide who will lead the country after one of the longest election campaigns in recent history. But no matter which major party wins government, they look set to be sharing power – particularly in the Senate – with a range of new faces from the likes of Nick Xenophon’s and Jacqui Lambie’s political parties. So, which seats should we be following… 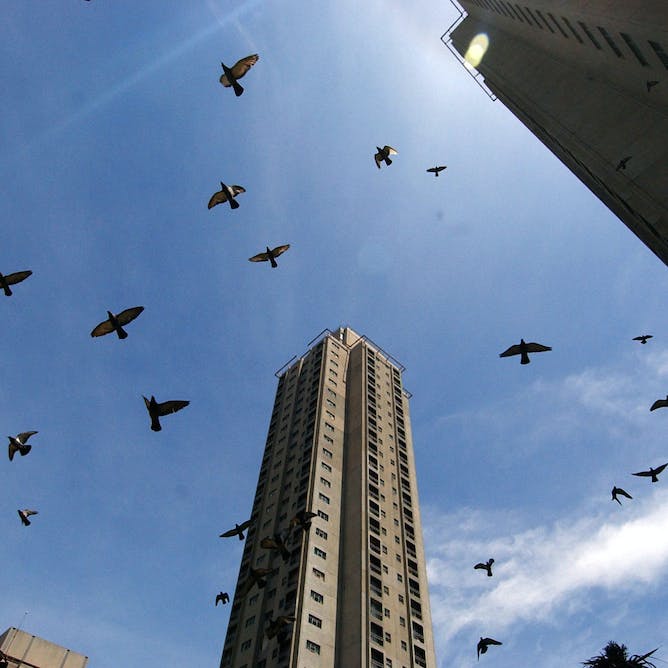 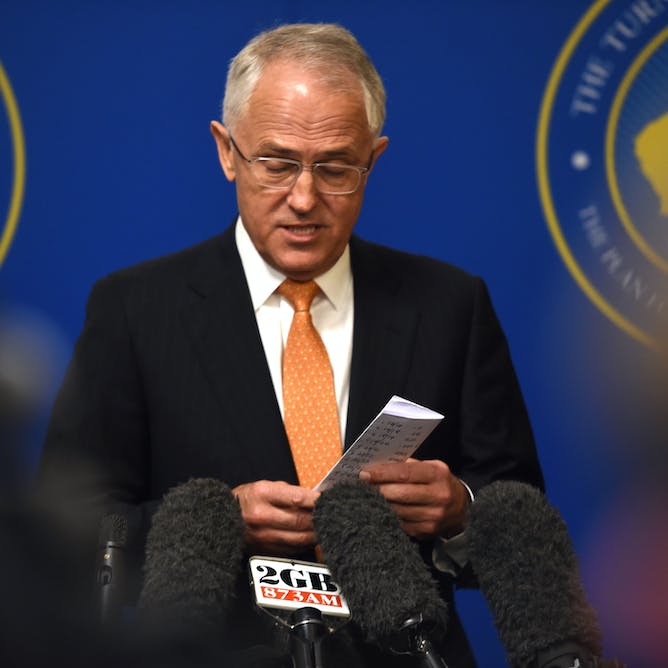 Speaking with: 'Poll Bludger' William Bowe on the election races to watch

Speaking with: ‘Poll Bludger’ William Bowe on the election races to watch.

In this podcast, University of Western Australia political analyst Natalie Mast speaks with "Poll Bludger" William Bowe about the election campaign so far. The conversation focuses on the latest polling and whether there is evidence of a nationwide swing large enough to unseat the Coalition government. They touch on the possible impact state issues – particularly in Western Australia and South Australia… 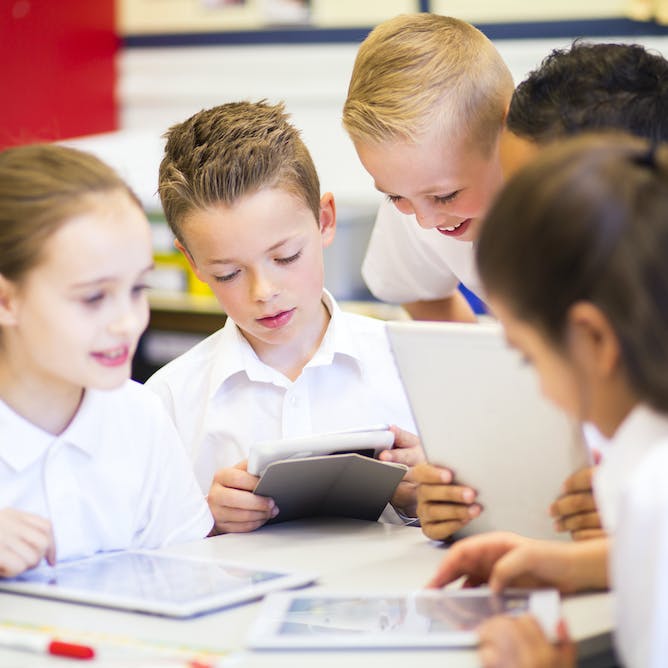 Speaking with: John Hattie on how to improve the quality of education in Australian schools

Speaking with: John Hattie on how to improve the quality of education in Australian schools.

Do we actually know what works when it comes to improving the quality of education in schools? A new four-part ABC documentary series, Revolution School, looks at what the research tells us about what works in education – and what doesn't. It tells the story of how a typical suburban high school in Victoria, Kambrya College, managed to turn around from rock bottom to being in the top 25% of study scores… 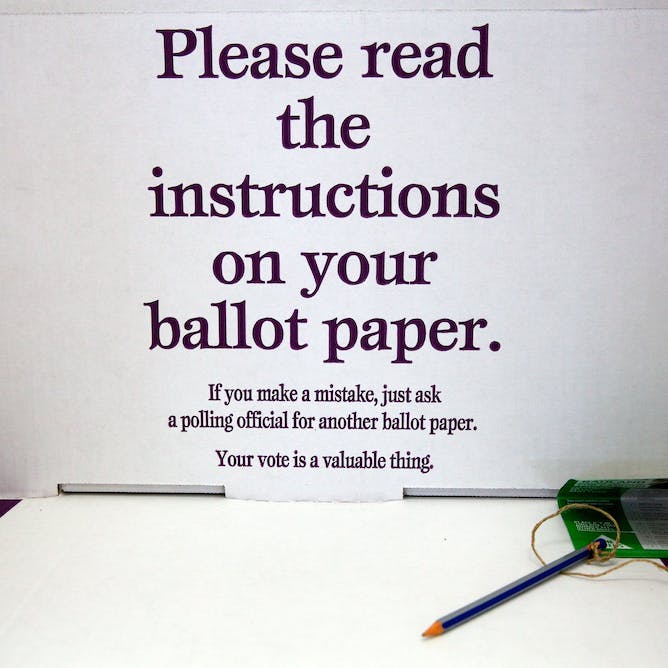 Speaking with: Graeme Orr on the festival of elections

Speaking with: Graeme Orr on the festival of elections. CC BY-SA33.2 MB (download)

The writs have been issued, the stage has been set: Australians are about to go to an election. You can almost smell the sausages sizzling at local primary schools and scout halls, and it's only a matter of time until the how-to-vote cards start to make their way into our hands and letterboxes. When we talk about the fundamental elements of representative democracy, we tend to defer to grand themes… 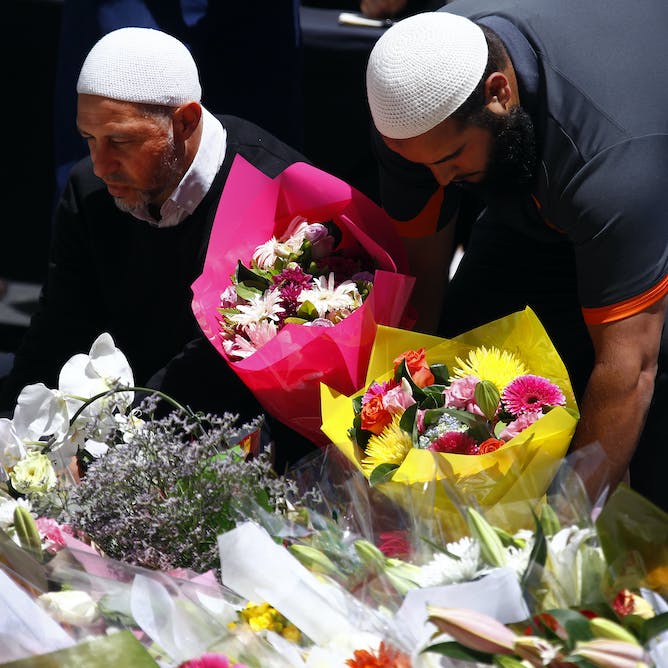 Speaking with: Rhonda Itaoui on navigating the city as a young Muslim

Speaking with: Rhonda Itaoui on navigating the city as a young Muslim.

The terror attacks on the World Trade Centre on September 11, 2001, changed the way we think about politics, society and safety as the world entered the 21st century. But as the world learned the identities of the attackers, the response affected one community much more acutely: Muslims. The media coverage of the 2001 attack and other subsequent incidents in our region, including the Lindt Cafe siege… 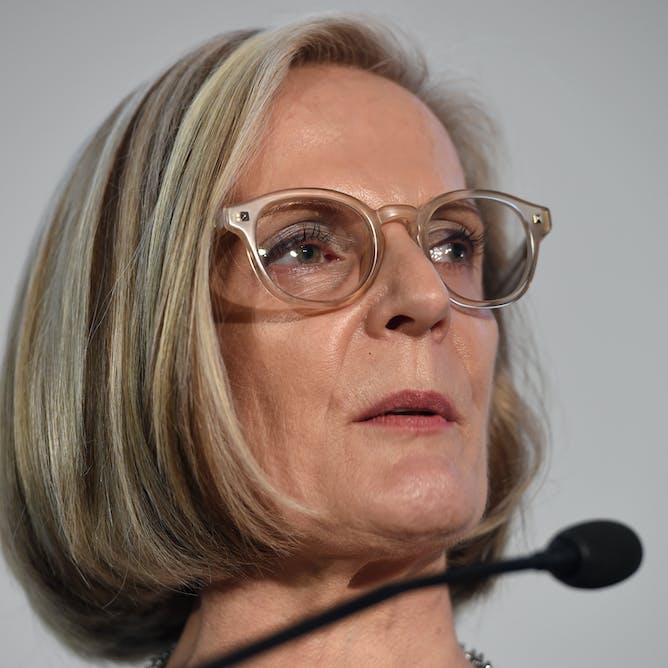 Speaking with: Lucy Turnbull on the Greater Sydney Commission

In late 2015, the Greater Sydney Commission was established to oversee metropolitan planning and development in Sydney. The commission is intended to function as a partnership between state and local governments, with both the power to create overarching planning proposals and the mandate to work with local governments on local planning controls. NSW Premier Mike Baird has tasked the commission with… 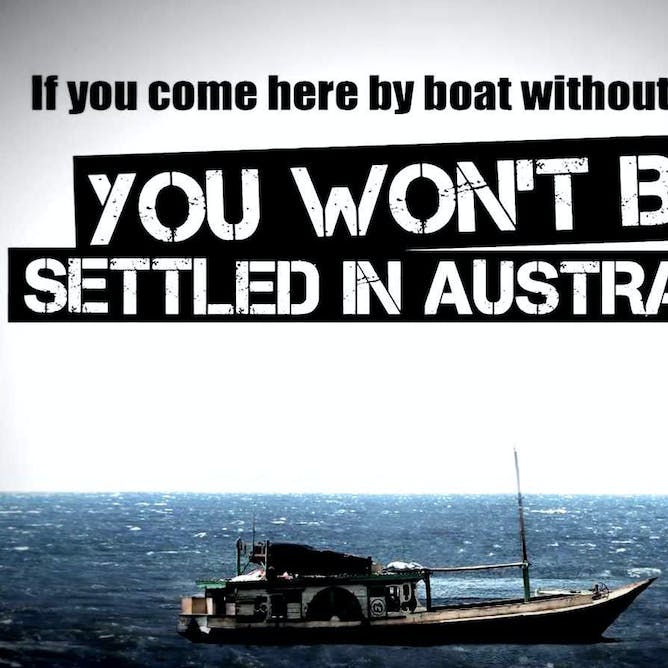 Speaking with: Shanthi Robertson and Ien Ang on migrants, refugees and Australia's place in Asia

Speaking with: Shanthi Robertson and Ien Ang on migrants, refugees and Australia’s place in Asia.

Australia's refugee and border protection policies have been in the spotlight again this week as riots broke out at the Christmas Island detention centre following the unexplained death of an escaped asylum seeker. The incident happened just prior to a review of Australia's human rights record at the UN Human Rights Council. Many countries criticised Australia’s tough stance on asylum seekers, and… 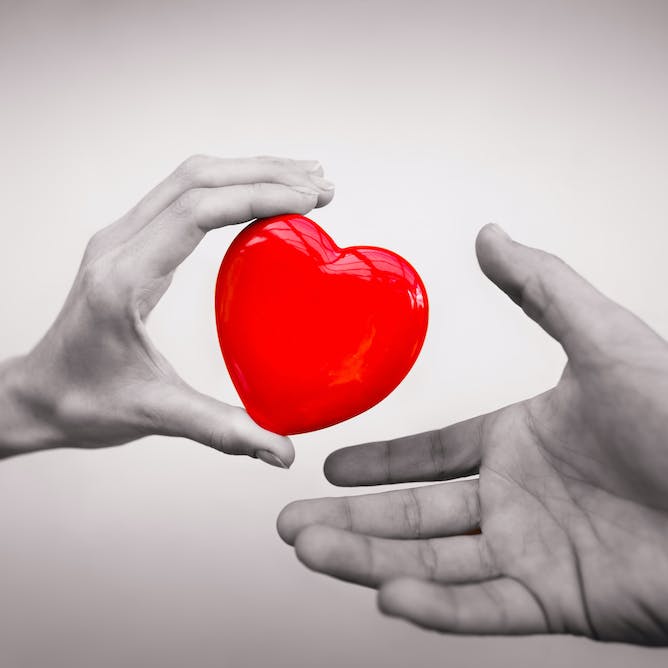 Speaking with: Aric Bendorf on how to increase organ donation rates in Australia

Speaking with: Aric Bendorf on how to increase organ donation rates in Australia.

Roughly 1,600 people are currently on waiting lists to receive an organ transplant in Australia. But for many, the wait will be unsuccessful due to the low number of donors. Australia was once a world leader in organ donations, but today its organ donation rate is lower than much of the developed world. The country ranks 20th in the world for donations, despite having a higher than average rate of… 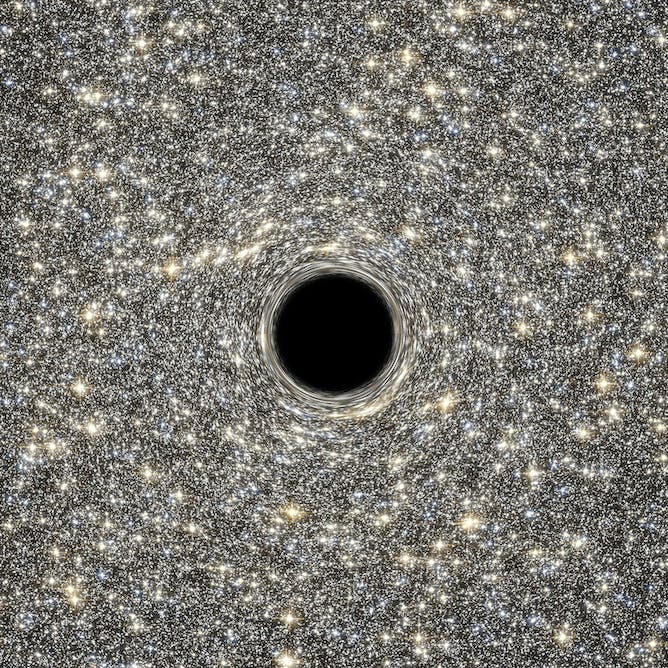 Black holes are incredibly strange phenomena: a collapsed star packed into a tiny region of space. Their gravitational force is so strong that not even light can escape. So it is not surprising that, for a long time, black holes were not thought to actually exist – they were only a theoretical possibility. But today, not only do we realise that black holes are relatively common in the universe, we… 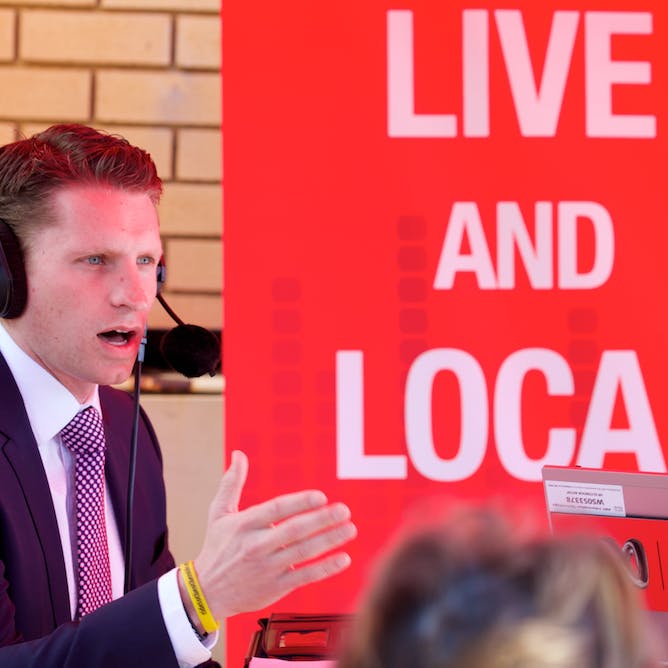 Speaking with: the Poll Bludger William Bowe on the Canning byelection

Speaking with: the Poll Bludger William Bowe on the Canning byelection.

This Saturday's Canning byelection has turned from being a poll on Tony Abbott to being a test of both new Prime Minister Malcolm Turnbull and Opposition Leader Bill Shorten. Political analyst Natalie Mast spoke with "Poll Bludger" William Bowe about what Monday's leadership spill will mean for the vote in Canning. Subscribe to The Conversation's Speaking With podcasts on iTunes, or follow on Tunein… 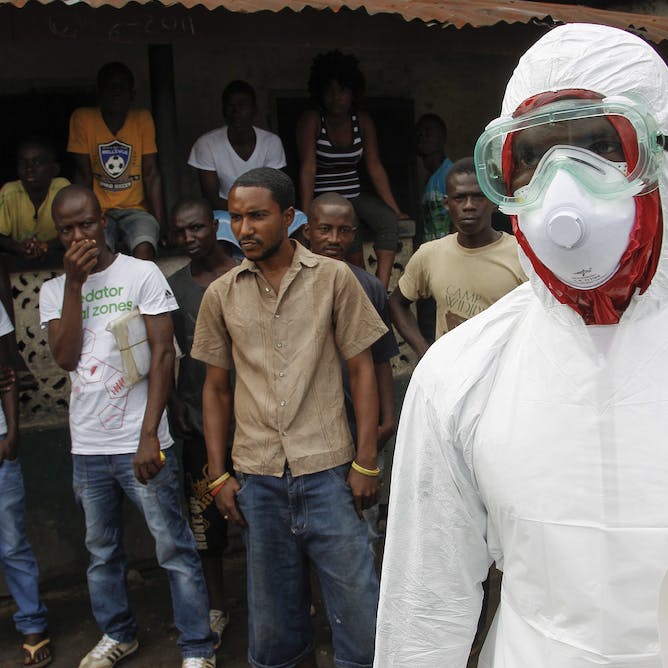 Speaking with: Lawrence Gostin on Ebola, the WHO and the future of global health

Speaking with: Lawrence Gostin on Ebola, the WHO and the future of global health.

The recent Ebola virus outbreak in West Africa occurred in three of the poorest and least resourced countries in the world. And as Guinea, Sierra Leone and Liberia all struggled with the epidemic, it was clear a global response was needed to contain the disease. But the response, led by the World Health Organization, has been widely criticised for being too slow and inadequate, and over 11,000 people… 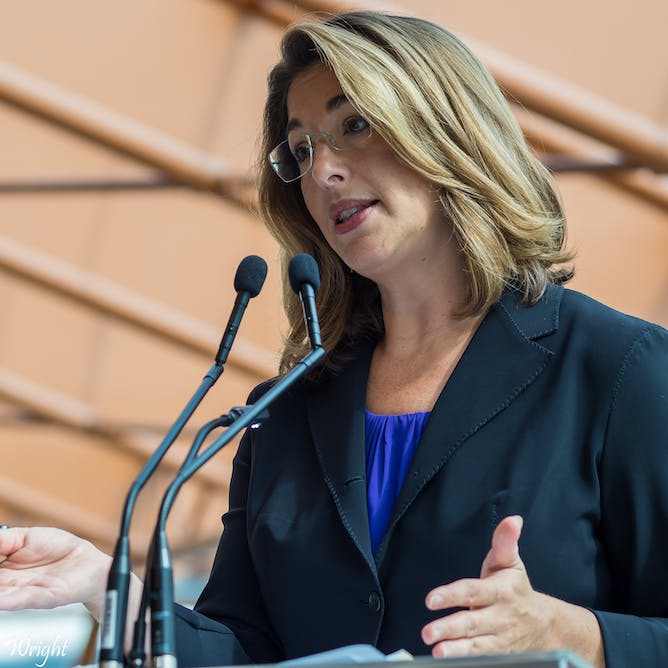 Speaking with: Naomi Klein on capitalism and climate change

Speaking with: Naomi Klein on capitalism and climate change.

In her latest book, This Changes Everything (2014), the Canadian writer and activist Naomi Klein tackles the issue of climate change through a familiar prism: capitalism. She argues that unrestrained capitalism is the root of the problem and that the global response to climate change has, thus far, been shaped by wealth and power. Christopher Wright spoke to Naomi Klein on the eve of her appearance… 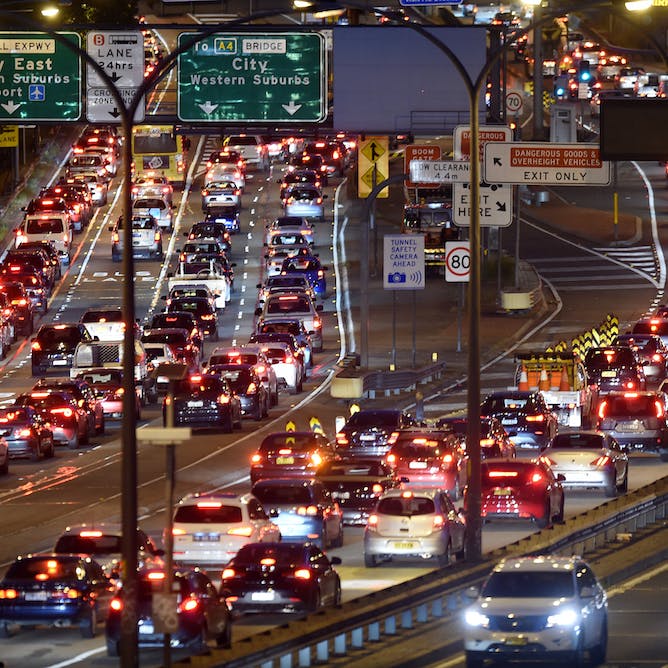 Speaking with: Crystal Legacy on the politics of transport infrastructure

Speaking with: Crystal Legacy on the politics of transport infrastructure. 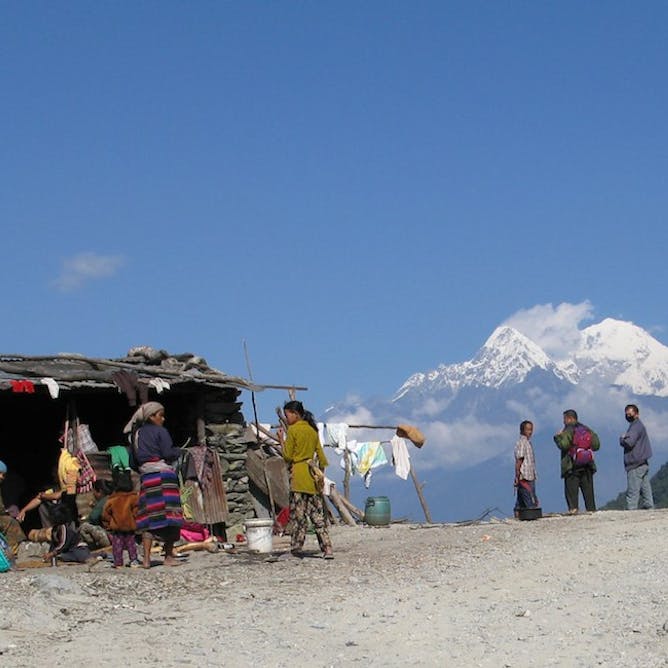 Speaking with: Hayley Saul and Emma Waterton on the Nepal earthquake and the everyday Nepalese hero

Speaking with: Hayley Saul and Emma Waterton on the Nepal earthquake and the everyday Nepalese hero.

Hayley Saul and Emma Waterton were doing anthropological field work in the Langtang valley in Nepal when the devastating magnitude 7.8 earthquake hit on April 25 this year, killing more than 9,000 people. At the time of the quake, they were with several local guides from the village of Langtang, now dubbed "the worst affected" area in Nepal. Saul and Waterton were recording local oral histories. They… 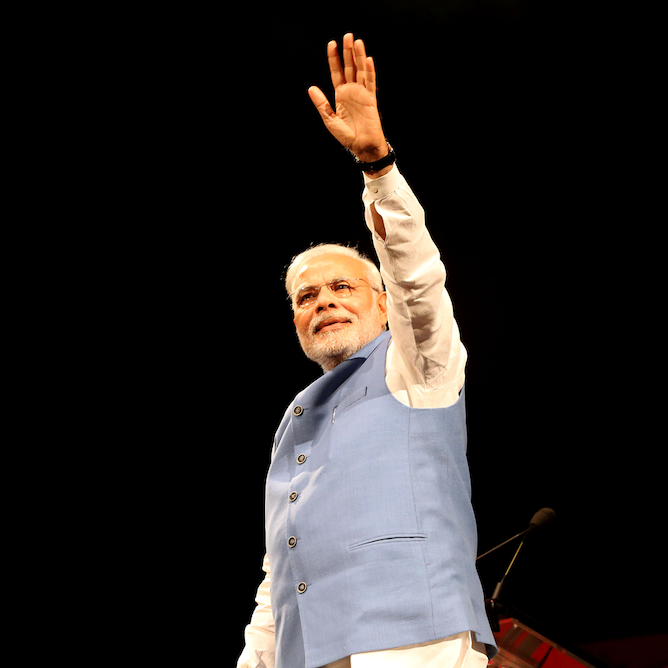 Speaking with: Anthony D'Costa on the challenges facing India's economy

Speaking with Anthony D'Costa on the challenges facing India’s economy.

Recent IMF and World Bank forecasts show that India's economy could take over from China as the world's fastest growing economy in the next two years. The two organisations' tick of approval for the Modi government's development agenda comes just over a year after Narendra Modi lead the Bharatiya Janata Party (BJP) to a landslide win in the 2014 Indian elections, securing 282 seats and gaining majority… 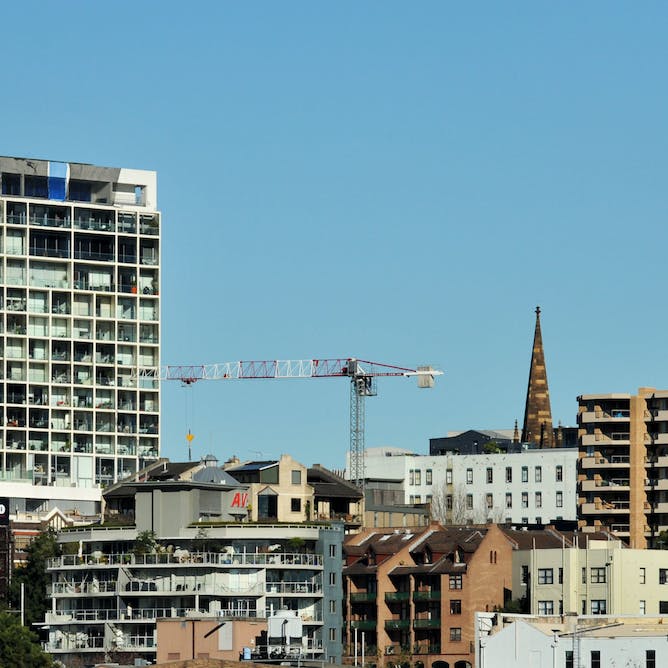 Speaking with: Hazel Easthope on designing for high density living

Speaking with: Hazel Easthope on high density living and design.

Australia’s growing population has put enormous pressure on the housing market within the major cities, which have expanded further and further out. But new settlements on the urban fringe require governments to invest in costly new infrastructure, and states such as Victoria and New South Wales have started to build up, rather than build out. This effort to combat urban sprawl has lead to a rapid…